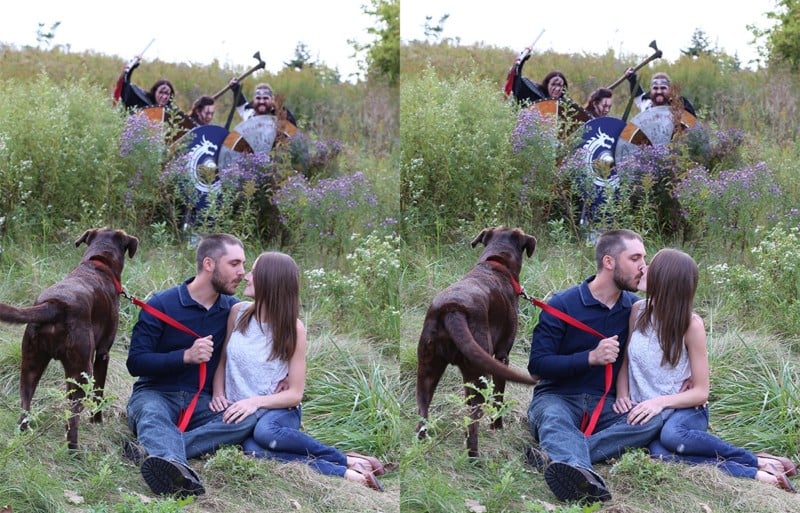 Nothing like a bit of surprise weaponry and armor to transform a romantic photoshoot into something else entirely. That’s what happened to Alex of Alexandria Photography when, in the middle of a romantic engagement shoot, she and her clients were photobombed by an enthusiastic group of LARPers!

We spoke to Alex, who explained that these shots were, indeed, totally spontaneous.

“I had planned a styled session with a couple … at Malden Park in Windsor,” she told PetaPixel. “I had this shot lined up of the couple on the hill with their dog (Monty), and then all of a sudden a group of people who looked like they belonged to another era—in full armor—started walking into my shot!” 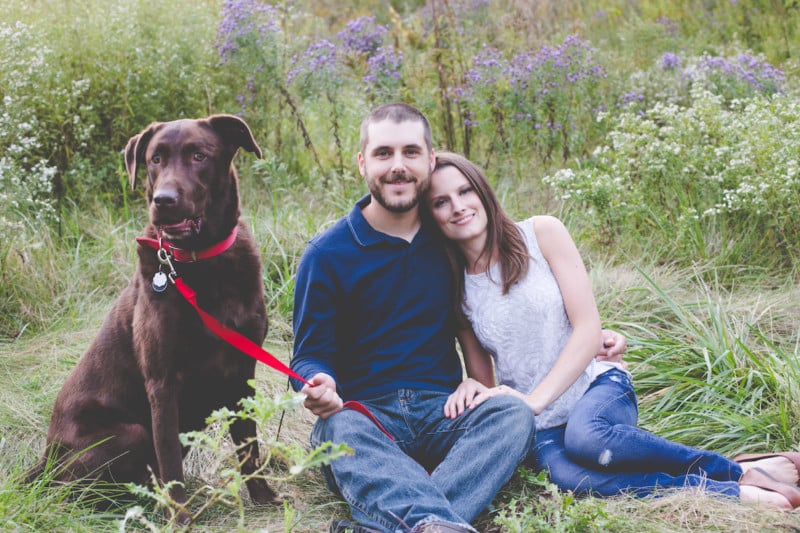 She was in the middle of capturing photos like the one above, so she didn’t initially recognize the situation for the opportunity it was.

“I was in typical photographer mode,” she says, “mumbling under my breath to hurry up and get out of my shot when they stopped and POSED! I took a few snapshots and we had a good laugh about it!” 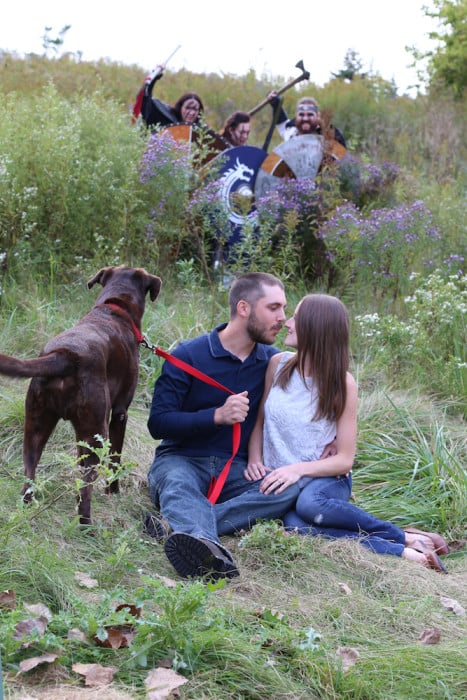 The photos of the serendipitous event was shared on Reddit and immediately exploded, earning so many upvotes a cat photo would be jealous. But as with anything that goes viral, there were some inaccuracies.

“I have since talked to the LARPers and found out that they are actually SCAdians,” she explained to us, “which is more about historical accuracy than fantasy.”

Whatever the case, Alex is glad they ran across her photo shoot. “I think I will stay in touch with them,” she says. “I’m thinking they deserve an invite to the wedding (or at least some photos! lol).” Image credits: Photographs by Alexandria Photography and used with permission.

It Never Hurts To Ask: How Great Photo Projects are Born