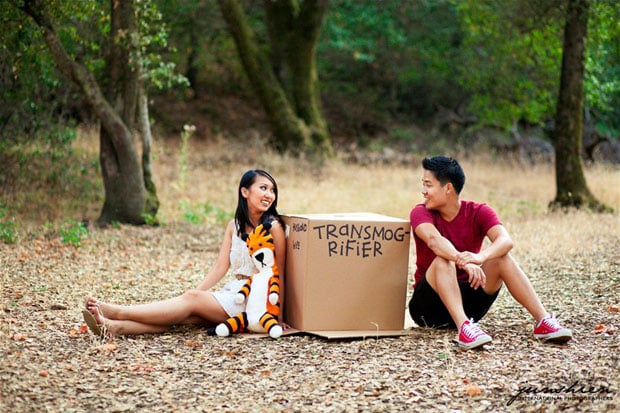 Stephanie and her husband Jonathan are huge fans of Bill Watterson’s Calvin and Hobbes. When the two got engaged and married in 2011 and 2012, respectively, they decided to use the comic as their theme for both their engagement photo shoot and their wedding. To capture the images, they recruited San Francisco-based photographer Junshien of Junshien International.

Most of the photographs revolve around a custom hand-sewn stuffed Hobbes, just like the one Calvin has (when he’s not a ‘real’ tiger). This isn’t something you can just go out and buy, since Mr. Watterson has a policy of not licensing the comic for merchandise. If you’d like to use this idea, you’ll probably have to make your own as well.

The engagement shoot featured the Hobbes, along with a cardboard box transmogrifier, a Calvin outfit (i.e. a red striped shirt, black shorts, and red shoes), and a red wagon: 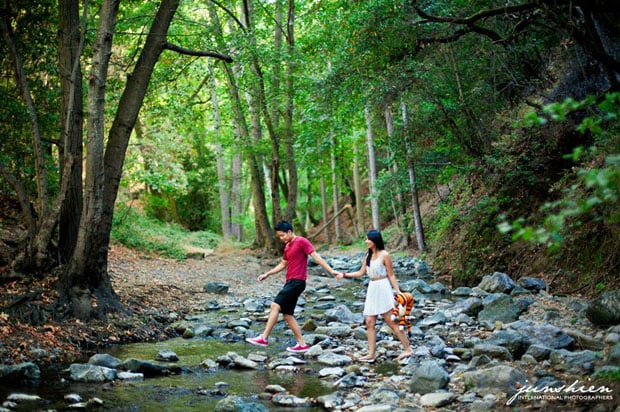 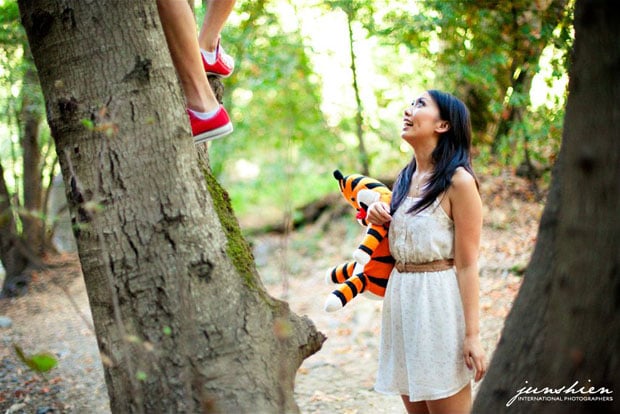 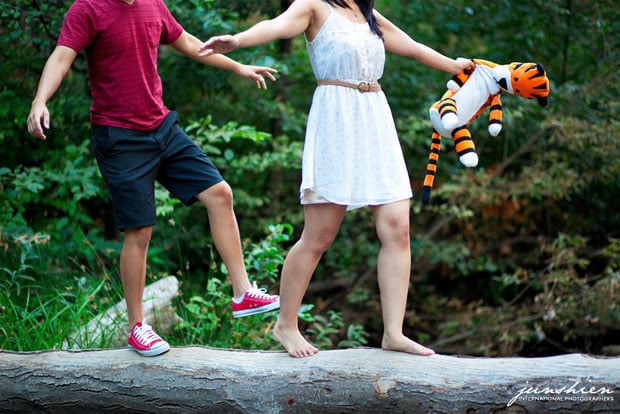 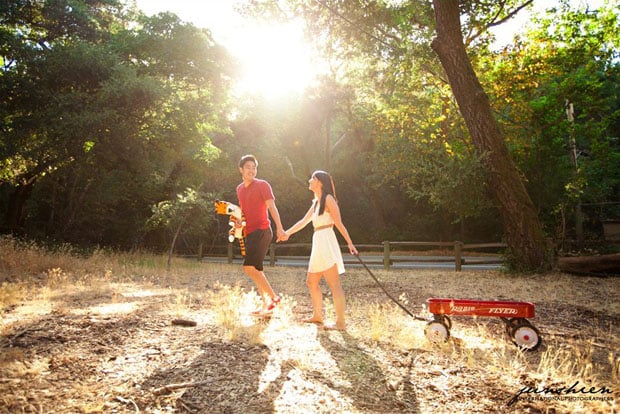 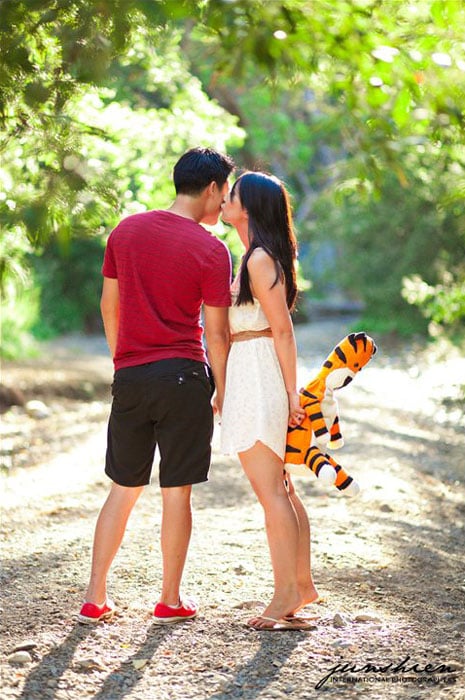 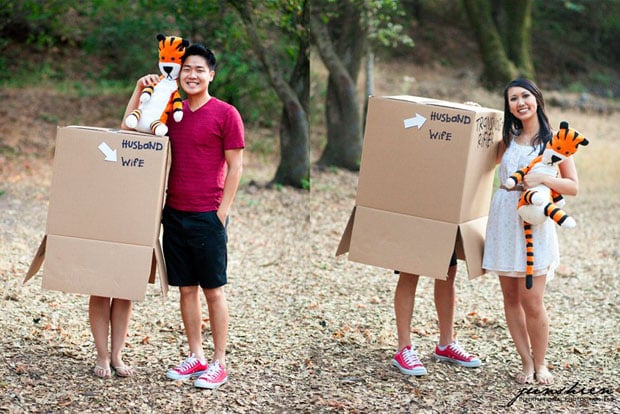 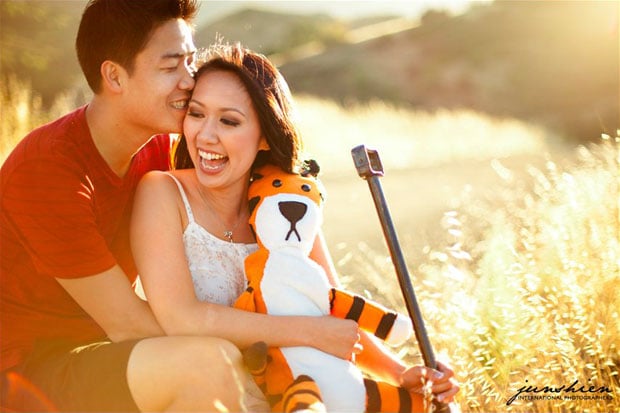 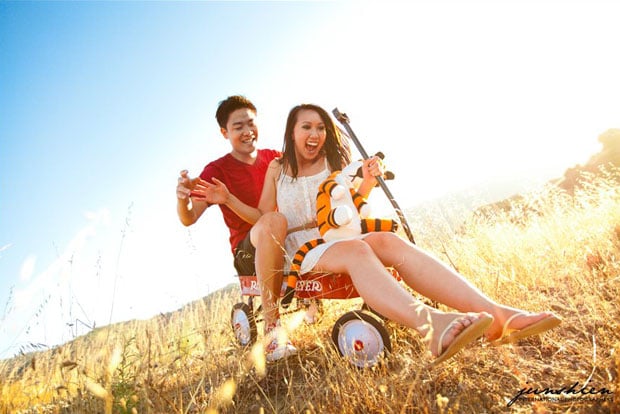 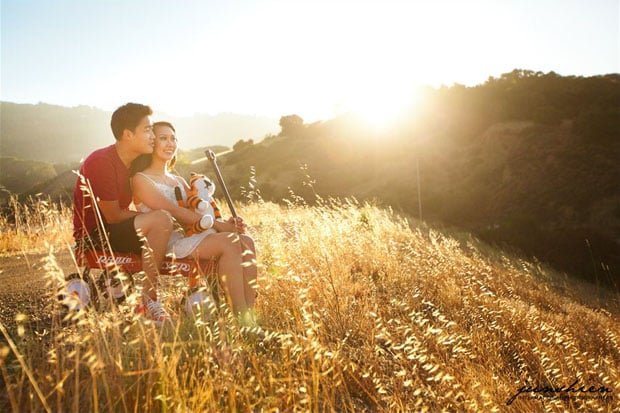 The wedding featured the same Hobbes, a ring bearer dressed as Calvin, comic strips incorporated into the table settings, and wooden Calvin and Hobbes cake toppers: 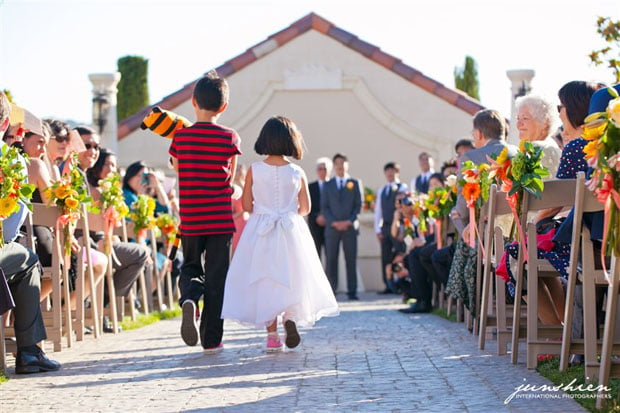 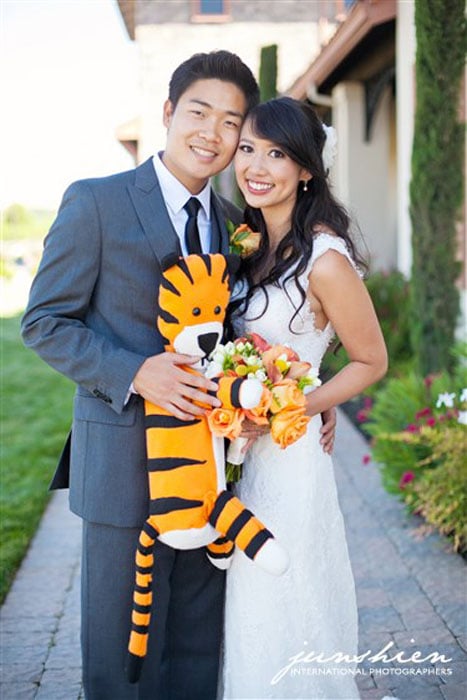 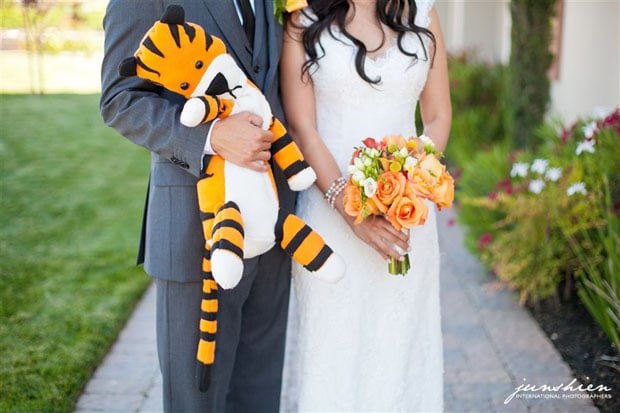 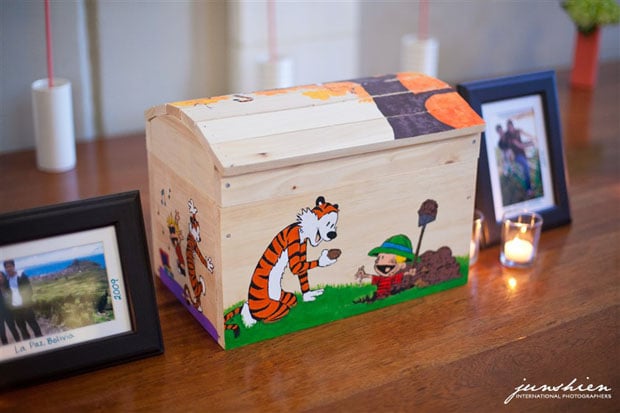 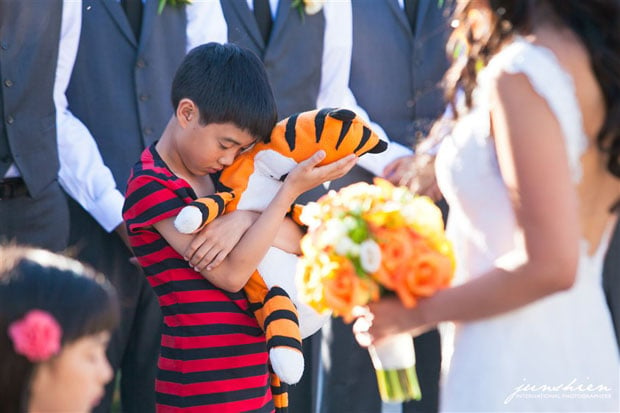 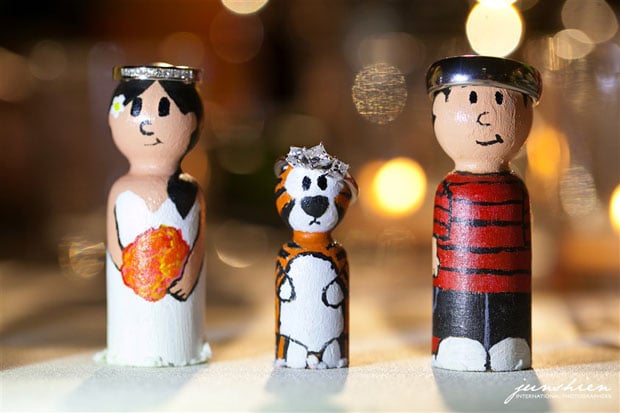 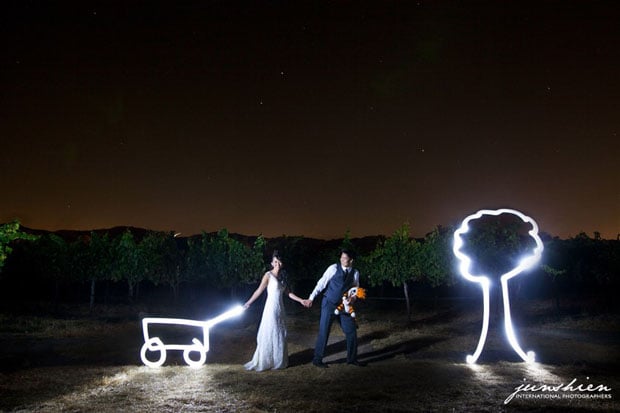 You can find more photos from the engagement here and from the wedding here.

Image credits: Photographs by Junshien International and used with permission

Is Canon Building a Tiny DSLR That’s the Size of a Mirrorless Camera?