Ready for a laugh? The above video was put together by the band Go Periscope’s Florin Merano, and it shows him goofing off with his friends by pretending he’s taking their picture when, in fact, he’s shooting video. It’s hilarious and even hard to watch at times as his friends awkwardly hold poses for what seems like an eternity waiting for him to snap a photo that he has no intention of taking.

We’ve shared something similar before, with director Dean Fleischer-Camp’s short video Smile. Both videos are composed of equal amounts awkward and funny — ok, maybe 60/40 … or 70/30. 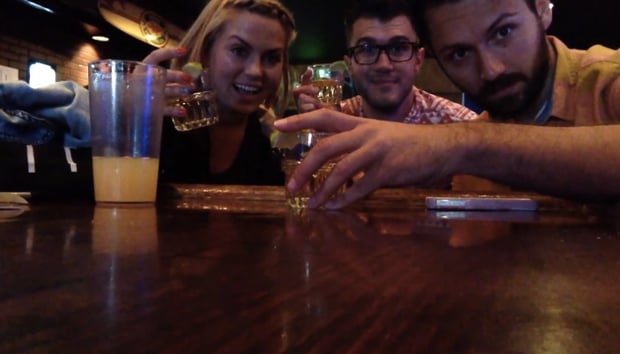 If you find yourself feeling sorry for his friends, there’s no need. The guy posing in front of the waterfall is none-other than Florin himself, as his girlfriend gets him back for making her and her friends sit or stand awkwardly countless times.

Like “Smile” before it, the video really does go to show just how awkward posing “naturally” for the camera looks when you’re capturing more than just a moment.

Check out the video at the top to get your funny in for this Wednesday, and if there aren’t enough awkward poses in there for you, give this fun photo prank a try with your friends — we just hope they’re as forgiving as Merano’s.

Photograph of the Largest Landslide Ever Recorded in the United States