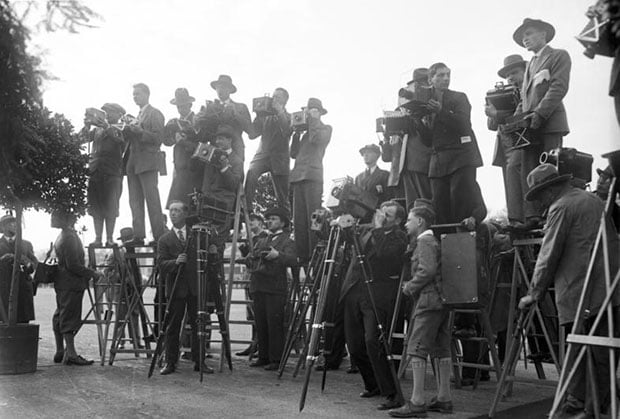 Too bad, because newspaper management revealed today the paper’s strategy for replacing the work of the 20 shooters about to hit the pavement: Reporters will squeeze off a few shots with their smartphone to accompany stories.

In a memo to reporters, editor Craig Newman promised: “In the coming days and weeks, we’ll be working with all editorial employees to train and outfit you as much as possible to produce the content we need.” Translated into Cheapskate, that means mandatory training in “iPhone photography basics.” Reaction from actual photographers was swift. “The idea that freelancers and reporters could replace a photo staff with iPhones is idiotic at worst, and hopelessly uninformed at best,” Chicago Tribune photographer Alex Garcia summarized on his blog.

Of course, there is a growing portfolio of real photojournalism accomplished via iPhone. But to expect it to happen routinely, and through reporters already under tremendous pressure to crank out column inches, seem like little more than magical thinking. But to really understand how deeply insulting this idea must be to photojournalists, you need to have worked in a newsroom for a while and experienced how zealously photographers protect their turf. Reporters who offer to “grab a few shots” while researching a story have been guaranteed for decades to get little more than an icy stare and a lecture on “making” vs. “taking” photos.

BTW, favorite Facebook comment so far: “The next step for the Sun-Times will be to fire the reporters and let Siri do all the writing.”

(via Robert Feder via Poynter)