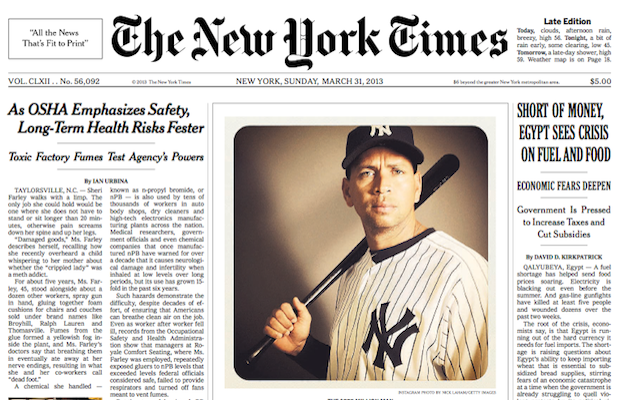 In November of 2010, The New York Times made headlines of their own when they chose four Hipstamatic photos to grace their front page. And now, Instagram is getting in on the action as well. For Sunday’s paper, the NYT decided to use a photo of Alex Rodriguez taken by photographer Nick Laham in a locker room bathroom using an iPhone and edited in Instagram.

The photo shoot actually took place a year ago in February of 2012. Having to compete with countless other photographers, Laham set up in a stadium bathroom; and once he was done taking photos using his SLR, he decided to take a few snaps using his iPhone and the popular photo-sharing app.

Here’s a behind the scenes look at that shoot: 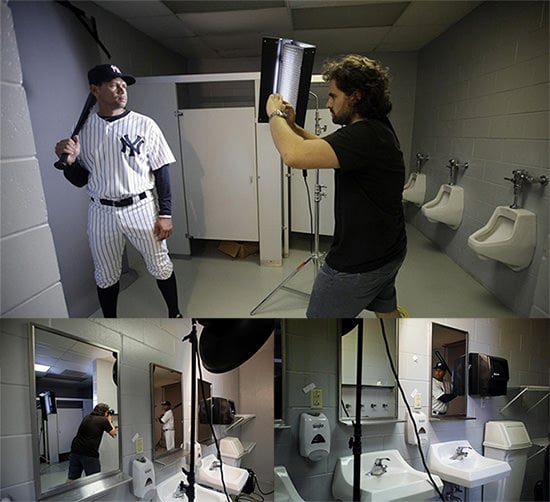 Laham published the photos on his blog right after he took them, alongside a full account of the experience. And now, over a year later, the New York Times is making what some see as a statement about Instagram and professional photography as a whole by using one of them on the front page. 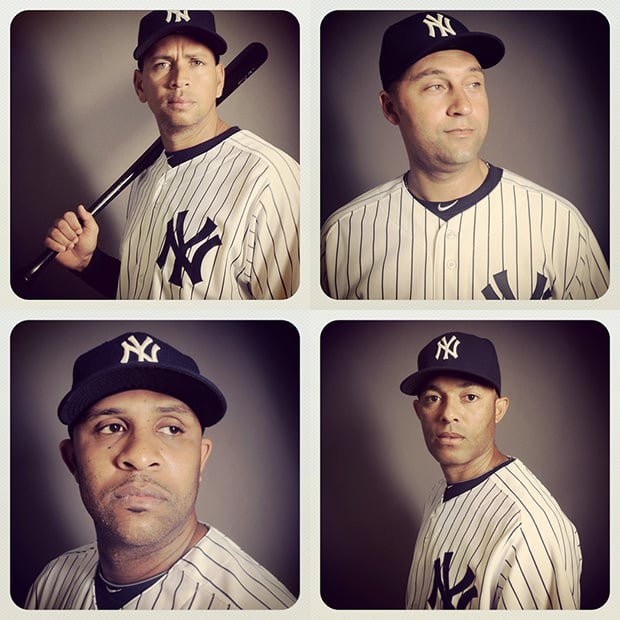 Reactions have been mixed, ranging from excited to upset. Since Laham is a professional sports photographer, it’s not like the photo was taken by a fan with an iPhone and a faked press pass, but some still see it as a threat to what they do.

Whatever the case, an Instagram photo on the front page of the New York Times moves us yet another step closer to a world where smartphones are an accepted source of photojournalism — at least in the hands of professionals.