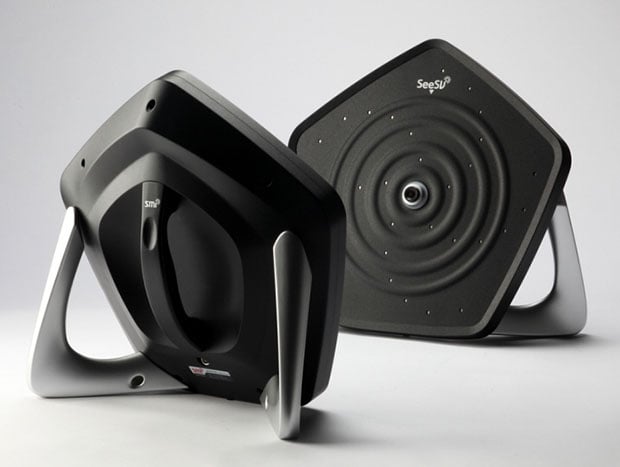 Industrial design professor Suk-Hyung Bae is the inventor of the camera, which was recently awarded with a Red Dot Design Award (one of the most prestigious design awards in the world). 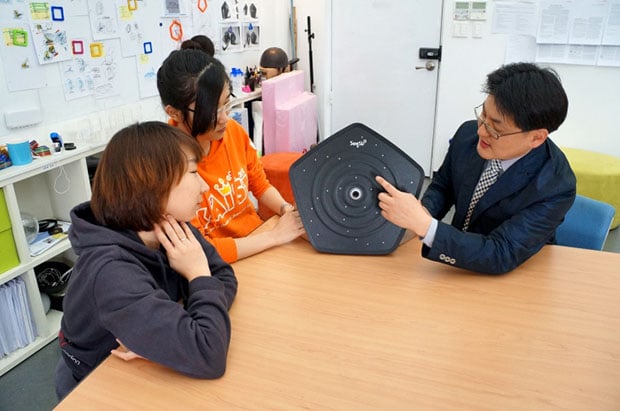 Bae’s new sound camera–officially called the SeeSV-S205–makes capturing sound as easy as capturing light. A user simply needs to hold the handheld 4-pound camera up in order to image a scene.

On the front of the device is a high-resolution camera–the normal kind– and 30 sensitive digital microphones. The resulting images from the camera show a “heatmap” that has colors indicating where sound is the loudest. Blue is where there is the least sound, and red is where the sound is the greatest. 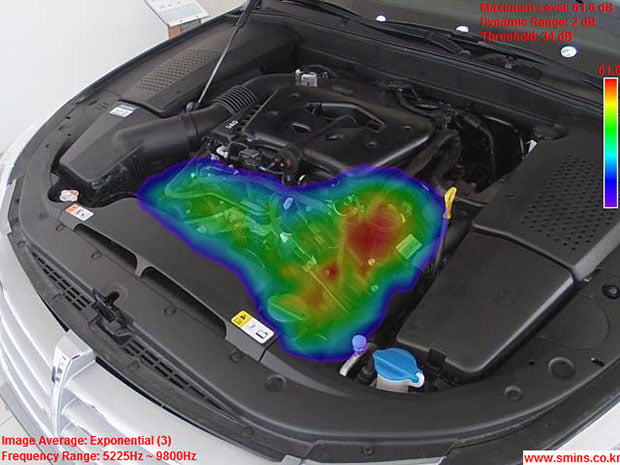 Applications for the camera could include car repairs at your local auto repair shop. Instead of having to use one’s ears to determine where in a car a certain sound is coming from, mechanics will be able to simply point the camera at the running car to see the source of the noise. 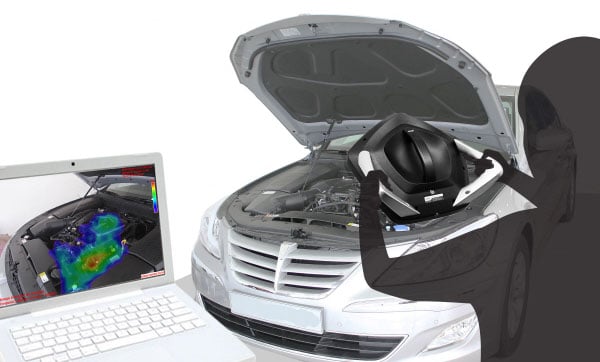 Existing sound cameras are way too large and expensive for certain applications (e.g. determining where sound is coming from while under a car). Their bulkiness generally requires messy installations and the use of a tripod. Bae’s camera overcomes those challenges.

Here are some videos demonstrating the sound camera in action:

No word yet on cost or availability, but this probably isn’t something you’ll be able to buy by heading down to your neighborhood electronics store. When it does arrive in people’s hands, this sound camera will certainly give new meaning to the statement: “There’s a lot of noise in this photo.”

(via KAIST via Gizmodo and PopSci)