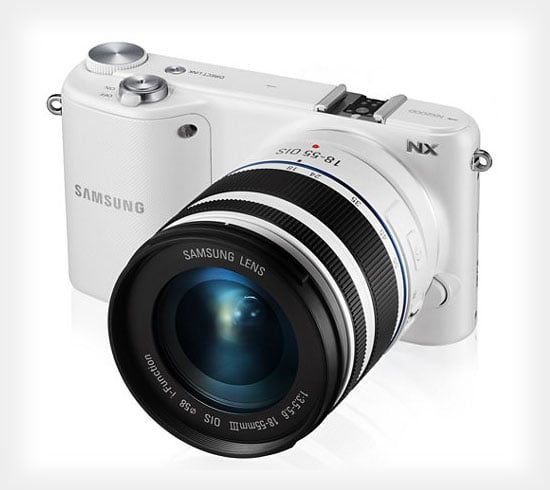 Samsung today announced its new NX2000 mirrorless camera, a system camera that features a large sensor, a touchscreen, and wireless connectivity. This is the camera that was leaked by an FCC filing a couple of weeks ago, and which people thought might be Android-powered (it’s not). 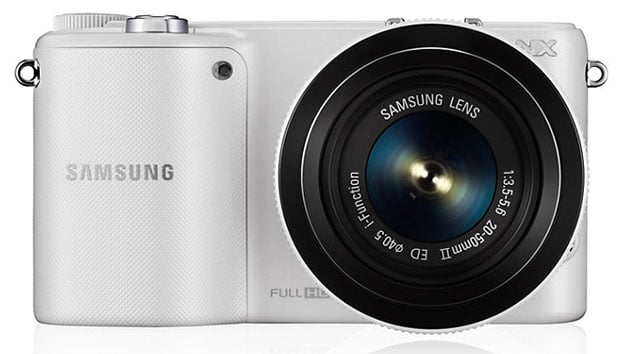 On the back of the camera is a large 3.7-inch touchscreen that provides convenient menu navigation and camera controls. 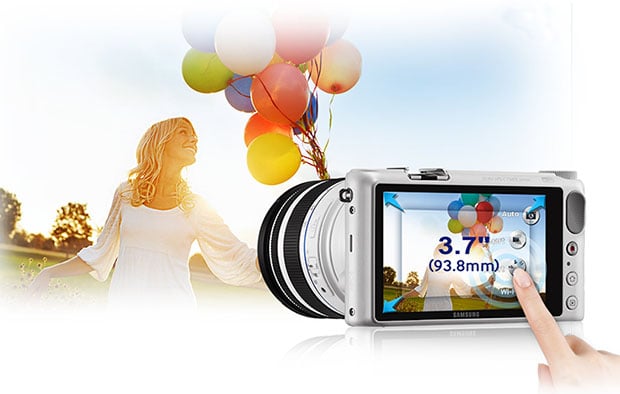 The UI isn’t fully integrated into the touchscreen, though: to the right of the screen are Record, Home, and Playback buttons. 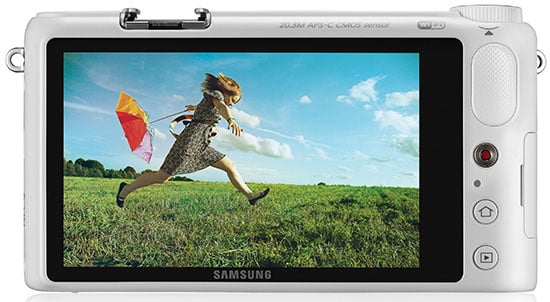 For beginners, there are 14 different scene modes that can help you snap a pleasing shot in a wide range of environments. There’s also a Best Face feature, which snaps 5 consecutive photos of a group, and then lets you select the most pleasing face for each person for a single composite photo. 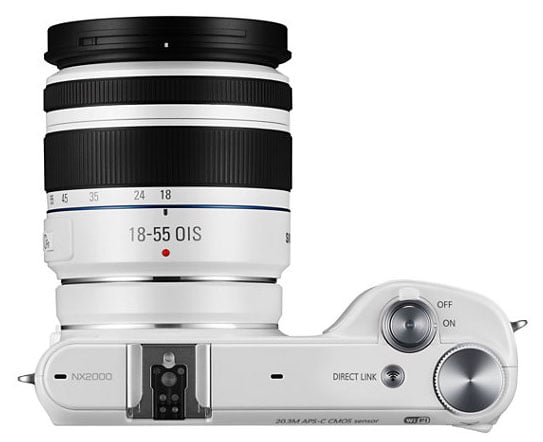 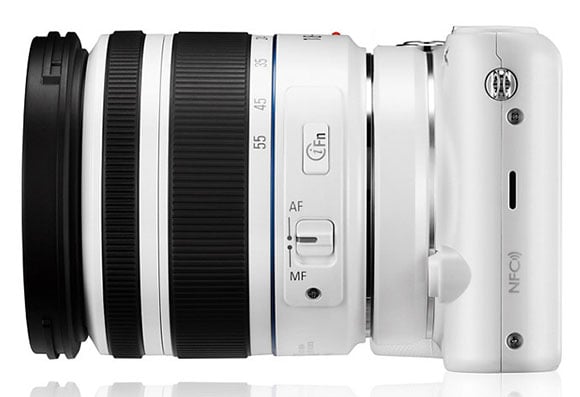 One of the big new features in the NX2000 is its enhanced wireless connectivity. It has built in Wi-Fi and integrated Near Field Communication (NFC), which lets you quickly and easily transfer data between the camera and other smart devices (e.g. smartphones and tablets). You’ll also be able to sync your photos with social networks such as Facebook. 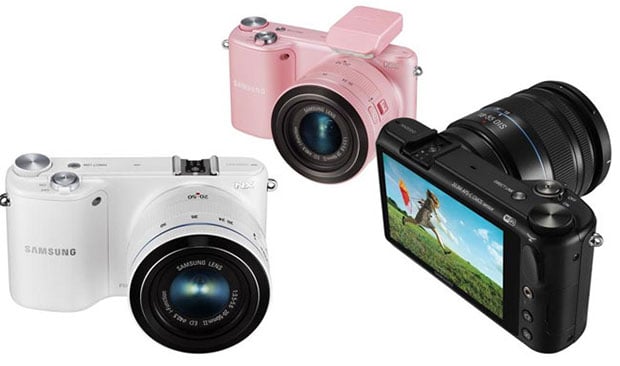 The NX2000 will be available in black, white, and pink for $650. No word yet on the exact date on which the camera will be available, but you can preorder it already through retailers such as B&H. Oh, and the camera also comes with a free copy of Adobe Lightroom 4!