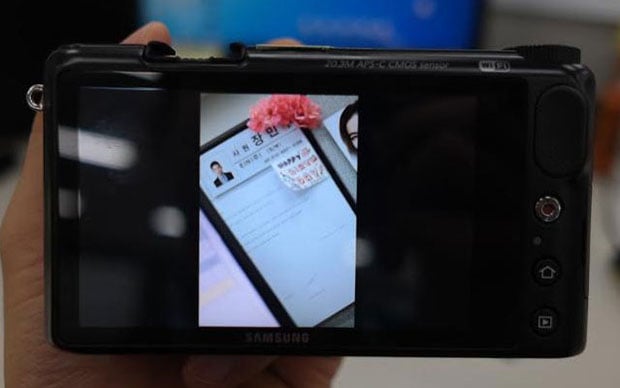 Samsung is a pioneering the smartcamera market with its Android-powered Galaxy Camera, and the company may soon be introducing the “smart” concept to its mirrorless cameras.

Photo Rumors reported back in September of last year that Samsung was planning to release an NX1000 followup sometime between January and April 2013. There are only a few more weeks before the rumored timeframe is proven wrong, but rumors of a NX2000 have continued to heat up.

Last month a photograph posted to Google+ contained “Samsung NX2000” in the EXIF data. That photograph was removed shortly after this came to light. 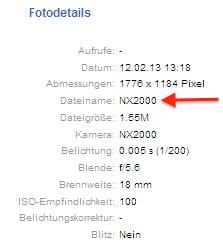 Now, a new photograph leaked over in South Korea (shown above) allegedly shows the NX2000’s backside. Photo Rumors says the camera in the photo is “most likely the Samsung NX2000.”

While there isn’t anything on the LCD screen that shows an Android (or Tizen) OS in action, the home button in the lower right hand corner of the camera indicates that it will indeed have some kind of “smart” operating system. There’s also an icon near the top that indicates that the camera has WiFi connectivity.

An Introduction to Playing with Ultraviolet Fluorescence in Photographs