Calgary, Alberta, Canada-based camera store The Camera Store just released this review in which Chris Niccolls takes a look at the new Canon Rebel T5i (also known as the 700D and Kiss X7i). The 1-minute-long video may be the most honest review of the camera yet.

The T5i was announced last month to no fanfare, and resulted in much groaning from photographers who wanted to see Canon shake things up a bit in its camera lines.

Rather than announce something innovative, Canon decided to do the exact opposite. The T5i is pretty much the T4i with a new model name slapped onto it.

Don’t believe us? Check out this side-by-side spec comparison courtesy of SnapSort (we’ve fixed a couple of spec errors in this screenshot): 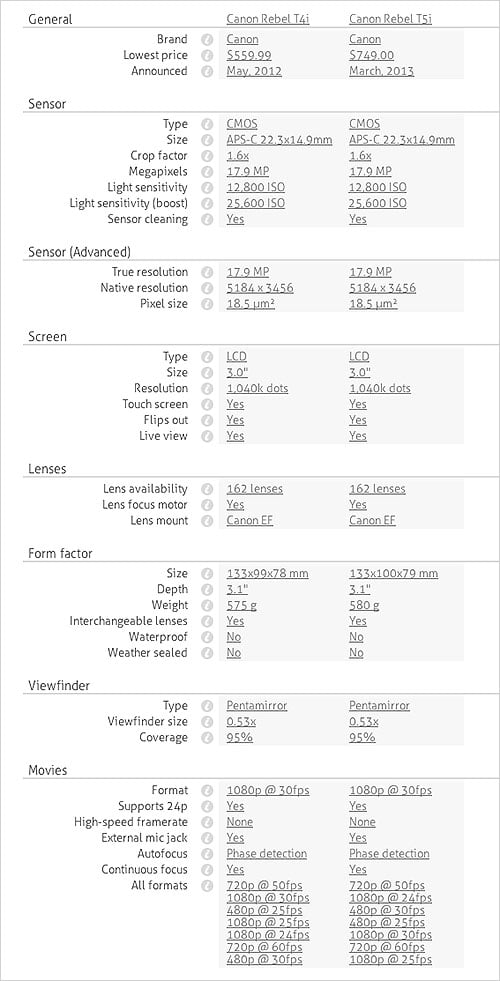 Sometimes new cameras are referred to as their predecessor “on steroids.” Not so with the T5i. It’s the T4i on placebo.

The 18-55mm did get some minor steroids, though.

Portraits of People Encountered Through an Online Classifieds Website