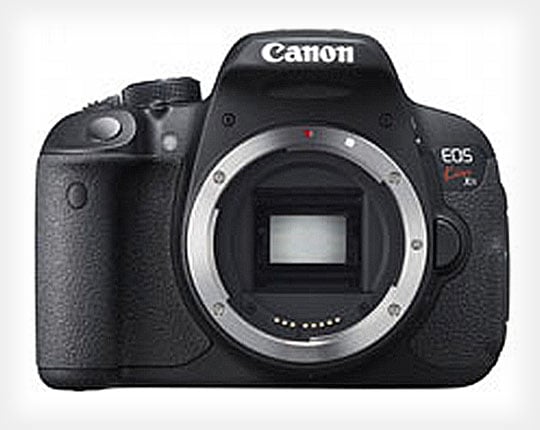 Canon’s new pint-sized DSLR, the EOS-b/EOS100, leaked onto the web over the past week, but there’s a second DSLR that’s likely going to be announced around the same time — and that one has now leaked as well. It’ll be called the Rebel T5i, which succeeds the Rebel T4i/650D. It doesn’t seem like there will be too much new with the new Rebel besides a new kit lens, the EF-S 18-55mm f/3.5-5.6 IS STM, which may appear packaged with the EOS-b as well.

The camera will reportedly have an 18MP sensor, a DIGIC 5 processor, 9 autofocus points (all cross type), a 3-inch swiveling LCD touchscreen with 1.04-million dots, 5FPS continuous shooting, HD video recording, a flash sync speed of 1/200s, an ISO range of 100 to 25600, creative filters, and an SD card slot.

The weight of the camera, including the battery and memory card, will be 580 grams, which is 173 grams heavier than the 407g of the new tiny DSLR. Here’s a side-by-side comparison of the new Rebel (left) and the new EOS-b (right), roughly to scale:

We also know a little more about the new kit lens that will be unveiled. 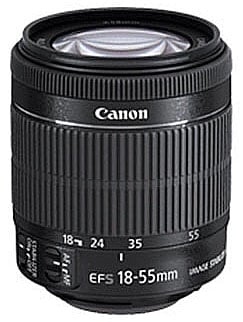 The EF-S 18-55mm f/3.5-5.6 IS STM will be a “high-precision aspherical lens” that uses a silent stepping motor for quiet and smooth autofocusing — ideal for video recording.

(via Digicam-info via Canon Rumors)

Do You Need a Photography Degree to Be a Successful Photographer?