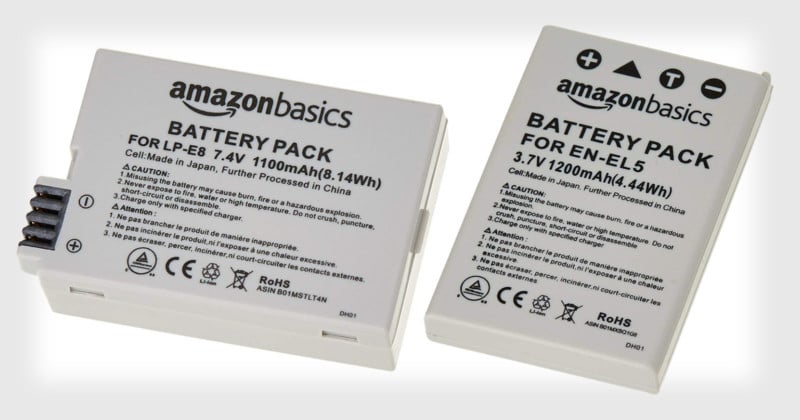 Did you know that you can buy AmazonBasics-branded batteries for certain Canon and Nikon cameras on Amazon? They’re significantly cheaper than their Canon and Nikon-branded counterparts.

AmazonBasics is Amazon’s private-label product line — you can find all kinds of electronics accessories at great prices. In recent times, Amazon has expanded into camera accessories: last year we shared how there’s now a sub-$30 AmazonBasics flash for Canon and Nikon DSLRs.

The AmazonBasics batteries have a customer star rating of 4.1 out of 5 stars on Amazon. That’s actually better than the 3.8 stars of Nikon’s official battery on Amazon, though it does trail the 4.6 stars of Canon’s official offering.

But given that you can buy three AmazonBasics batteries for the equivalent of one Canon one, any difference in quality and/or battery life may be a worthy trade-off for budget-conscious photographers.

It’ll be interesting to see whether Amazon one day expands the line to include batteries for prosumer and professional cameras as well.