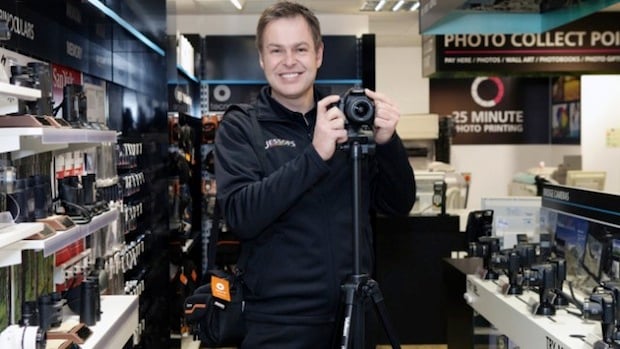 Jessops decline into administration and the drama that followed has made headlines almost as often as Kodak and its bankruptcy woes. But while Kodak faces a law suit in its (hopefully) final days of struggle, Jessops has been given a significant boost thanks to investor and Reality TV star Peter Jones.

According to The Verge, Jones is reopening 6 stores today, with more than 30 set to open next month. However, it’ll be anything but business as usual for the beleaguered camera shop, because Jones intends to inject some Apple-inspired fanciness into the new and improved Jessops.

Jones became Jessops’ “white knight” in early February when he purchased the Jessops brand. At the time, sources indicated that Jones would put his purchase to work exclusively online, but fortunately for many Jessops employees formerly out of a job, that doesn’t seem to be the case. The Reality TV star is offering many of them their jobs back, re-staffing about 500 of the 1,300+ jobs that were lost when the chain closed all of its 187 stores.

The new stores will feature several Apple-style improvements, including “play tables” where you can try and compare cameras and plans for a “Jessops Academy” for one-on-one classes. And although Jones himself has admitted that this move is “a huge risk,” he’s intent on making it a success with a combination of that Apple retail appeal and plans to face the online competition head-on.

From Hot Type to Bottom Feeders: Adapt or Die as a Wedding Photographer