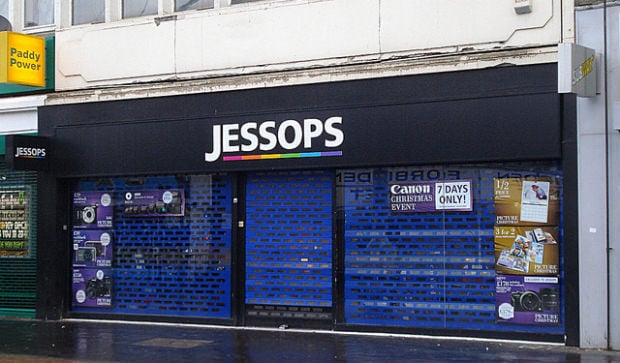 Jessosps, one of the last of the UK’s national photography retailers, may be entering into administration by the end of the day, according to recent reports. The major retailer managed to narrowly avoid administration in 2009 after an unpopular deal with HSBC, in which the bank “forgave” some 34M pounds of debt in exchange for a near %50 stake in the company.

In May of last year another ray of hope appeared in the form of a potential $16M investment by Canon, but no such deal ever came to official fruition, although some sources report that an investment was made. Now, Jessops seems to be out of options, and administration may be just around the corner, with rumors pointing towards PricewaterhouseCoopers as the potential administrator.

If the term “administration” has you scratching your head, that’s because, in the US, we’re used to companies declaring bankruptcy when they’re in financial trouble (think: Kodak). In the UK, bankruptcy is limited to individuals, leaving companies options like liquidation and administration.

The news isn’t official yet, but many saw this coming as Jessops has continued to post losses quarter after quarter, leading to the exodus of both chief executive Trevor Moore and chairman David Adams.

None of the parties involved have been willing to comment on the matter, but hopefully (or maybe not so hopefully) we’ll have more definitive news for you later today, so keep an eye out for updates.

Update: BBC News has officially confirmed that Jessops has indeed entered administration, with PricewaterhouseCoopers appointed administrator. The chain will no longer accept gift vouchers or returns.

People Becoming Paparazzi Photogs in the Presence of Celebrities