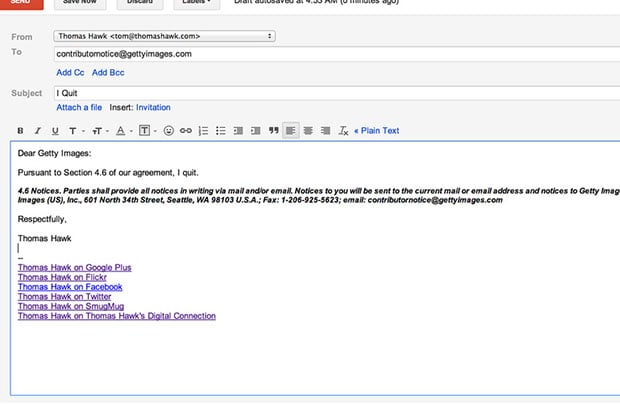 I just sent Getty Images the email above, which, I think, is how I terminate my relationship with them. Hopefully. I’m not 100% sure, but I can’t seem to figure out any way to do it online, so I’m hoping that email works.

Why Am I Quitting?

Well, I’m sitting here typing this at 4:56 in the morning on my “vacation,” getting ready to get an early up to the top of a mountain in Idaho to shoot sunrise — and I’m not a skier. It’s dark, it’s cold — and maybe, just maybe, with $10,000 worth of camera gear on my back, I’ll get something that works from this shoot.

After I shoot several thousand images today I’ll go home and spend hours and hours processing them. Finally, I’ll upload them online and maybe sell some. If I do sell some though, bottom line is I feel that I’m getting ripped off with Getty’s lousy 20% payout. 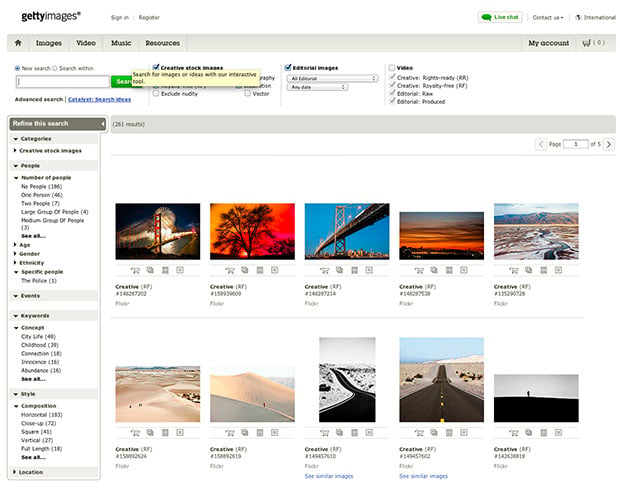 I don’t care how you look at it, for me, 20% is not fair. It’s too low. I’ve been complaining about it for years, but have just grumbled along because Getty felt like the only game in town for stock photo sales.

There are other reasons why I’m quitting Getty Images too, though.

Since the Carlyle Group (read their Wikipedia page, it’s fascinating) has taken over Getty Images, things seem to have changed. Maybe Getty’s parent is trying to wring as much profit as their stock business as they can, but it feels like artists are getting the short end of the stick even more these days.

In the private, closed, Getty Photographers group, managed by Getty on Flickr, there were almost 3,500 replies to a thread about Getty’s deal with Google Drive. Whatever you think about this deal, there are a lot of photographers who are unhappy at Getty about an arrangement where they receive a pittance for their work. The 20% payout is already pretty low, but when you combine it with a $12 image buy, some photographers feel that was pushing things too far.

The fact that Getty made this deal doesn’t bother me as much as how they’ve handled the criticism from their members over it. The above mentioned thread is now closed and locked by Getty Images. As a result of the thread, a member was banned and removed from the group — this is the second time that a Getty photographer has been booted from this group that I know of. An earlier member Alex Hibbert was also banned for criticizing Getty.

One of the Getty admins in the group said that the more recent member was booted not because of his criticism, but because he wasn’t respectful with his criticism. I asked whether respectful criticism would be allowed to stand and was told yes. I’m going to post this blog post into that forum and I guess we’ll see if this is true. For me, while critical, this post is entirely respectful. I’m still not sure it will get to stay there though.

When you start to see a company fighting with its contributors, banning contributors, even firing contributors, it makes me feel like maybe it’s time to go. This doesn’t feel like a healthy “relationship” any more. Paying me 20% and keeping 80% already felt a little insulting, but I think we deserve to be treated better.

Where Am I Going?

This has been the hardest part of all about leaving Getty earlier, there didn’t really seem like there was any place good to go — before today.

Today I’m pleased to announce that I’m going to start selling my stock photos on Stocksy. 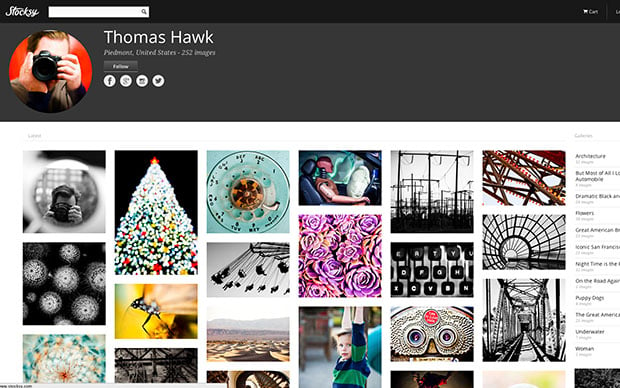 Stocksy is a revolutionary new photo agency started by Bruce Livingstone, the founder of iStockphoto. A lot of my friends are there selling photos now too. I’m pleased to be joining some of the most talented photographers I know in a new sort of photographer-owned coop.

While Stocksy isn’t exactly “occupy” stock photography, rather than me getting 20% and Carlyle getting 80%, I’ll be paid a much fairer 50% payout. The exciting part about Stocksy though isn’t just the higher payout, it’s that the members of Stocksy actually OWN the agency. That’s right, after paying out costs, Stocksy will distribute profits to its members — so members will get dividends and actually hold real equity in the business.

Now that is an idea that I can get behind, and one that’s been long overdue. Fairly compensating photographers while running an agency with some of the most talented photographers in the world today? Sign me up!

Today Stocksy is launching to the rest of the world. You can read more about that here. If you are a photographer, consider signing up. One bit of warning here though, Stocksy is being very selective about the photographers that they are adding. I have felt a little bad because some of my good friends and talented photographers haven’t been asked to join.

Especially early on, Stocksy is trying to build a super premium library of images and sometimes this means making hard choices about who you will launch with. They are also trying to keep Stocksy small where the editors and members can know each other on a personal level. I’ve already made lots of new friends at Stocksy and I’ve appreciated the valuable advice that the editors there share with me about why an image may or may not be right. At Stocksy editors and management do Google+ hangouts with photographers. At Getty all they seem to do is fight.

If you are an image buyer, consider looking at images on Stocksy the next time you need to buy. Not only will you find some of the best, fresh, and most authentic images in the marketplace today, you can feel good about buying them, knowing that they are treating the photographers fairly. 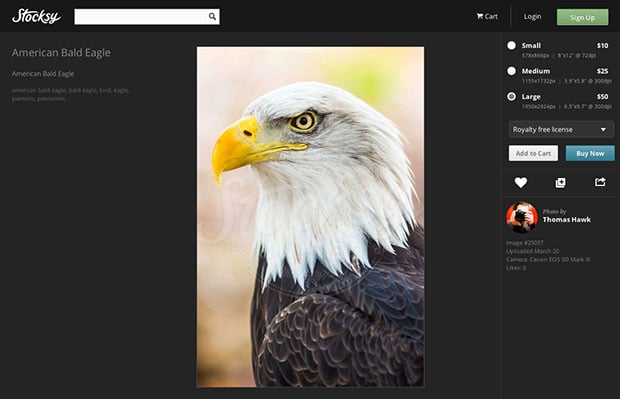 As fellow creative professionals, you are one of us — if given a choice, where would you rather your money go — to actual photographers who create the images, or to Carlyle? Even if you don’t care, still give Stocksy a look, because the imagery there really is miles ahead of what you see in the run of the mill stock photography library out there today.

Let Stocksy make you and your clients look the best they possibly can. You are the ones we need to embrace this idea most of all.

For stock photography, it will be the primary place where I market my own images (like the other photographer members, my images for sale on Stocksy will be exclusively offered there) and I’m looking forward to a long and successful relationship.

Update: Well that was fast. I’ve been banned from Getty’s Forum. I’m fine with that as I’m not a member, but I’m told that my post criticizing them has also been deleted. I hope those that are still in the forum can keep up the good fight, demanding more for photographers. I’m disappointed (although not surprised) that after being told that respectful criticism would be allowed that Getty deleted my respectful criticism there.

Camera Finds Way Back to Owner After Drifting 6,200 Miles from Hawaii to Taiwan