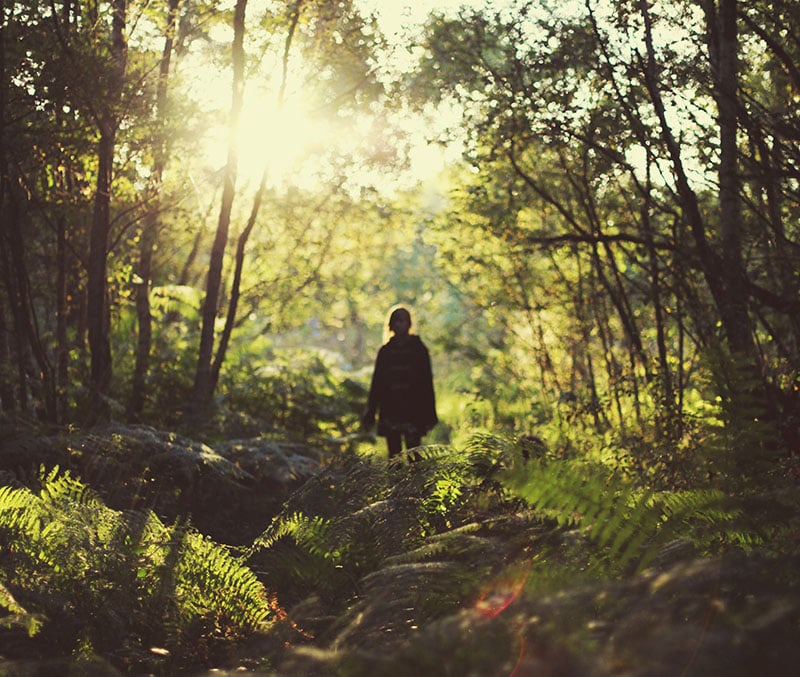 You do not have to be a professional photographer to profit from selling your photos for use online, on mobile devices, and traditional publications. Just ask Google. Starting with the big names like APImages, Reuters, Sipa Images, Getty Images, Corbis, Fine Art American, Wireimage, Jupitermedia, Shutterstock, Depositphotos, Istockphotos, Veer, Dreamstime, and seemingly not finding a final search result — the market has ballooned. Or you can also ask Corbis. 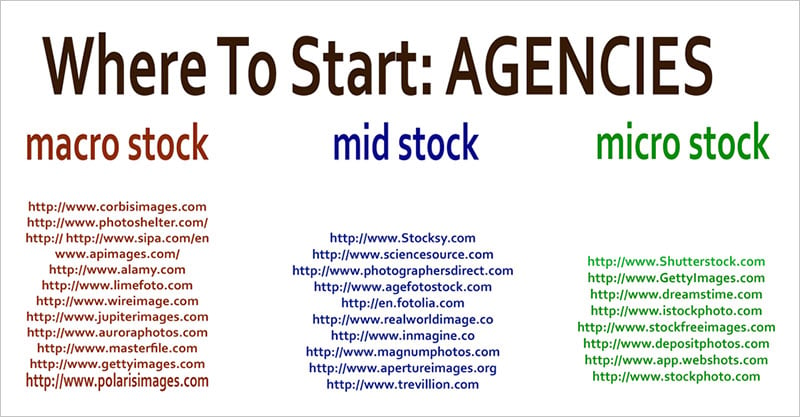 Despite the pronounced goal and ability of owning every iconic image, vector graphic, cartoon and image that can be bought, the majority of Corbis Images’ profits still lay in their stock photography sales.

In a 2007 interview with The New York Times, Gary Shenk — then the new President of Corbis Images — illuminated the company’s response to competition from microstock sales:

More interesting and innovative things are happening on the pages of Flickr these days than on Corbis and Getty […] If we can use this type of opportunity to find the next great group of Corbis photographers, that also makes it a great opportunity for us.

Six years later, Shenk is CEO and Getty Images beat Corbis to the punch, crowdsourcing images from Flickr users since 2009. 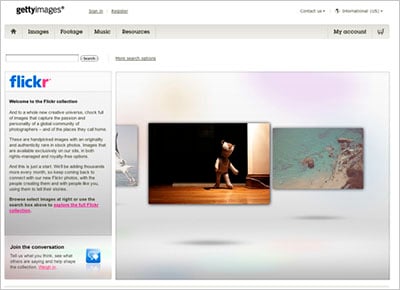 What happens when you overinflate a balloon? The original licensing model has exploded and shredded to shards. In this case microstock photography is the remnant of the explosion. Instead of contacting a prestigious sales rep from one of the Holy Troika of stock photography (Corbis, Getty, Sipa), today’s customer is more likely to point and click, with ‘affordable’ in mind.

The microstockers, like those listed above, crowdsource. A virtual casting-call for hobbyists and pros alike to submit their images for licensing consideration.

The photographers are paid in pennies and sometimes on contingency. The same image could sell for dramatically less if it’s being used on a mobile device in Asia vs a kiosk in a mall in Nebraska. Think of it as ‘micro-negotiation’.

The traditional big names in The Troika were known for exclusively employing professionals with serious credits, then individually negotiate a photo’s price to ensure max profit for shooter and agency.

The biggest names like AP, Reuters, Sipa, Wireimage, etc. have shooters on retainer. These pros had royal press access, money for travel and gear, insurance and pro union memberships. I say ‘had’ because now (just like at the Chicago Sun Times) the experienced high-erners are being weeded-out by underselling their work. It’s cheaper to use newbies; they don’t know the rules are changing because they never had to make the majority of their living by selling images as stock.

One of the voices reaching to be heard belongs to Thomas Hawk. His ultra-popular blog posted the opening shot against the move to turn all stock photography into microstock.

At the top of Hawk’s list as to why he walked away from Getty is the 20% (royalty-free rate) licensing fee participating photographers get. As Hawk and others have pointed out, 20% of a thirty cent mobile phone use application in Hong Kong isn’t worth the taxes you pay on that fee.

When a Getty Collection image is used illegally and they settle, you only get 20% on that agreed amount, even though it’s your image that was stolen. This change in 80% for Getty/Flickr started when Getty Images was purchased by The Carlyle Group.

Carlyle has never been known to foster fine photography or journalism. They’re in the biz of asset management specializing in leveraged buyouts. Those kinds of buyouts are usually done at the expense of the companies involved. Just ask Mitt Romney. Naturally, with such an overlord, Getty/Flickr will have increasingly short-sighted visions about who they are.

When Hawk complained on the Flickr/Getty Forum pages, he was banned from the forum, as were other photogs (here’s some background on Flickr’s blacklisting practices). Claudia Micare, a Getty Stock Images Rep seen in the forums as ‘[email protected]’ seems to be the one human responding to the Getty/Flickr participants. It was Micare who personally followed through on questions I had about participating in the stock photography venture. Her response to Hawk can be seen here 1.

Then there are issues with transparency about how your images are actually being used and sold. Photographer Remi Thorton declared defection from Getty Images when he found out his images were being used on CafePress products basically on contingency. A bit like ordering food at a restaurant and paying for it if you like it. How did Getty Images handle it? Read his blog post.

Professional photographer Jim M. Goldstein made a clearer argument to anyone looking for extra cash selling their shots in his powerful blog post. Goldstein said,

When I evaluate stock agencies to work with I first check three things: Exclusivity, Royalties and Rights to Control Claims. These three things will tell you how you’re valued by the agency and give you a window to the overhead the company is carrying to stay in business.

Goldstein has also been among the loudest to decry technical problems that result in photos being undersold and misrepresented by the Getty Collection. In one case a third party app essentially nullified the securities and filters that Flickr members opted into when signing-up for the Getty Images program.

If you still find the concept of selling stock photography digestible, a warning to the impatient: Your 20% ‘profit’ also pays for the time you spend submitting. No light task at all — a view shared by myself and my friend, photographer, James Bo Insogna (“The Lightning Man”. See his stock work for sale here):

I upload to iStock, BigStock, Shutterstock, Fotolio and Dreamtime. I am using Smugmug as my own stock site.… takes a long time to do that cause every image you upload as to be approved. It can be frustrating; I have uploaded had it turned down and then resubmitted it and it got approved. I also upload to Fine Art America, Redbubble, ImageKind, Bluecanvas and Zazzle 2. I make more money here than the stock sites.

It is a lot of work because doing the descriptions and keywords. This is what I spend most of my days doing. Creating and uploading. I love doing this because these images work for you 24/7. It is a numbers game. And you have to get release forms for places and people. 3

It’s a humble acceptance of the workload, knowing that once it’s done, any cash that flows-in requires no further effort.

Bruce Livingstone created Stocksy from his Venice, California garage space. He and his dream team tossed the current business models aside when analyzing how to structure Stocksy, he explains:

Cooperatives in rural Canada and co-op structures are well developed and quite advanced as they have been around for a long time supporting groups farms. The co-op keeps enough cash to operate, but the collective owners get all the money. If you think about how most companies are run, it’s completely backwards thinking and perfectly in line with our ideals. We moved back to Canada last summer to start the co-op.

The plan was more than just a wishful hippie project, the Stocksy team had felt the burn from the industry and wanted to reverse the heat on the competition. He preaches to the converted but is taking action.

Being a stock photographer today means you will be drowning in a crowded sea of images. Those images near the top will have some sales, those ones at the bottom will remain in the darkness… Not only do only the newest images get seen by buyers, but they tend to also be very boring, artificial and sterilized people and situations pretending to eat, work in an office or some other inauthentic scenario. When an image is sold, expect a very low royalty on the big microstock sites, like Shutterstock, iStockphoto or Fotolia.

Stocksy and Stockfresh aim to get the artist a meaty 50% of the sale while distinguishing themselves as quality in a flood of image sludge.

It is Stocksy’s goal to distribute the wealth and profits among its photographer-owners, rather than hoard a reserve of cash. With a 50% cut, there is plenty of money for good salaries and to properly market a product. Every photographer should know this and understand that if they get anything less than 50%, they’re not being fairly paid. I hope that big agencies will wake up and realize they’re lost without their artists and they need to do treat people better. I hope they focus on making a good product, not a good profit. Photographers will earn less and continue to compete in a sea of competition as the big stock houses load more and more bad stock images.

Livingstone’s parting thoughts offer hope and encourage everyone to resist the inevitable blanching of image quality in the market and invest in talent.

Something that’s really important for us is not to compete with any other agency on numbers of images or numbers of photographers. That game is old and already has a winner. We cannot underestimate the public appetite for cheap pictures. The only problem is that a majority of the microstock images are not very good. The large agencies like Getty and Shutterstock will continue to move good pictures from their micro collections into their macro collections and charge more for them.

We know that even an amateur can sell their photos as stock photography, now we have to keep the giants in charge of leasing those images from behaving like runaway beginners with a short plan instead of respectful curators.

Disclosure: In the interest of transparency, I have had Getty’s anonymous editors contact me several times, via email saying they liked photos, x, y, and z. All I had to do was go to the account I set-up when I was initially invited to be a Getty Contributer and upload the images, release forms and detailed tags that fit a certain critera. Because all but a few of my images were private portraits taken for clients I didn’t submit those. One photo of a robin in a birdbath remains unsold to date.

About the author: Viki Reed is a fine art and portrait photographer based in New Jersey. You can connect with her through her website, Facebook page, and Tumblr.

1 Flickr/Yahoo Public Relations Rep Ellen Cohn promised comment but then refused to answer follow-up emails in response to this piece.
2 Getty/Flickr deals with Zazzle, which has become a sore point among photographers tracking their work seriously because Zazzle only pays once merchandise is sold. Your image might be on display as a selling point but you don’t see dime one until an online customer clicks ‘complete purchase’.
3 Getty supplies a release form but you can use your own if it passes their muster. It is no easy task to get a release form in reverse so one must always think in sales terms and carry the release in order to sell legally.