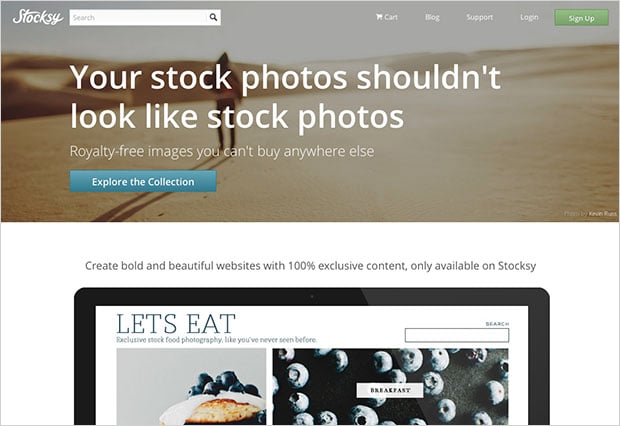 I recently began contributing to Stocksy United (AKA Stocksy), the new(ish) stock photography agency that is headed up by Bruce Livingstone of iStockPhoto fame.

Why I Contribute To Stock Agencies

I consider myself a business owner first and foremost. Photography is a job that I really, really like doing, but in the world in which I live, I need to earn an income or I cannot be a photographer. Like the quote from Zorba the Greek says: “Wife, children, house, everything. The full catastrophe.”

To that end, I see stock as a secondary revenue stream — a way to add potential income to commercial jobs that are already in the can (by selling “left over” images that were not licensed to my primary client).

As an example, the image below is the first photograph that I contributed to Stocksy. It is a photograph that I took of my wife up at our cottage. At the time, I was practicing underwater photography techniques for an upcoming commercial gig that I had with three potential Olympic swim team athletes. The images that I captured on my own time now have the potential to generate revenue: Over the years I have dabbled in various microstock services, including iStockPhoto. It is pretty easy to have your work represented by the various microStock agencies, so the barrier to entry is relatively low.

However, with microstock, I quickly learned that there was not much point in me wasting my time preparing — editing, keywording, uploading and curating my stock catalog just to earn a few cents when my photographs were sold.

To be blunt – for me microstock is a complete waste of time.

I first heard of Stocksy from an article here on PetaPixel — one that was not overly positive, and which prompted this Tweet from industry guru — and a guy who’s opinion I really respect — David Hobby: However, there was a follow up article on PetaPixel in which photographer Thomas Hawk described his frustrations with Getty Images and Getty’s ridiculous deal with the devil Google (someone tell the devil – “Don’t be evil”). This convinced me to take a second look at Stocksy United.

Originally, I sent in an unsolicited contributor application to Stocksy… to which I never heard back…

However, totally by coincidence, one of my images was selected as an editor’s choice from my 500px portfolio:

Out of the blue, I received an email from Stocksy, inviting me to apply to contribute.

So, I re-applied and was subsequently accepted.

It’s totally true that “Chance favors only the prepared mind” (Louis Pasteur). In this case, a combination of my continuous hard work to promote my photography, and random events conspired to produce the exact result I was denied just a couple of weeks earlier.

What I LOVE About Stocksy

1. The Stocksy Collection is Phenomenal

As someone who buys stock for my side project PicturesByMom.com, I have a good appreciation for how out of context, contrived, rote and just plain bad most stock photography is.

The Stocksy collection is completely different. The images are artistic, captivating and vibrant — and I love being a part of that.

(At Stocksy, you’re not going to find stupid photos of attractive young women photographed on white seamless with a set of headphones, smiling banally at you as they pretend to answer your customer service request.)

2. The Stocksy Editors are Fastidious

In my initial submission to Stocksy, every single one of the images I submitted was rejected. All of them… no good… go away or I shall taunt you a second time.

Now at first, you might see this as a setback, but I see it as a huge positive.

I think the fact that the Stocksy editors are only going to accept photographs that are visually captivating and technically perfect makes the images that are represented that much more valuable.

In fact, most of the contributors to Stocksy only have a fairly small number of photographs in their collections, but every one is a great image. I love that dedication to quality over sheer quantity.

Get this: after my initial photo submissions were rejected, I received a note — from a real person — explaining why they were rejected, and what I could do to improve!

Ya. Genuine feedback from a stock agency — crazy, huh?

On top of that, I sent in a question to Stocksy support, and ka-boom — a response, from a knowledgeable real person, right away.

Bonus Points: Stocksy is Based In Canada

Ok, this probably doesn’t matter to most of the world, but here in Canada we have a perpetual second place syndrome. As a Canadian photographer, it’s nice to be a part of a Canadian company competing on a global scale. 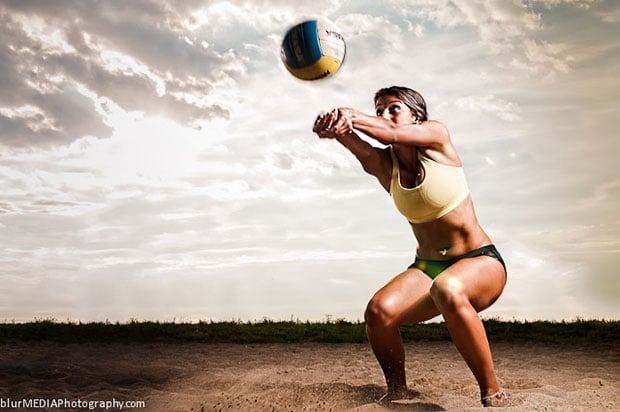 Stocksy requires exclusive artistic content. Meaning: If you submit an image to Stocksy, you can’t also submit it to another agency. You can’t even license it privately.

Stocksy must become the sole outlet for that image to generate income.

I don’t like limiting my ability to earn income, and granting Stocksy exclusive distribution rights definitely ties my hands.

However, I find now that I am self-curating my catalog into a set of images that are Stocksy material, while others are more suited for some of the other stock agencies that I contribute to.

The same is true for images that originate from commercial gigs and are subsequently licensed to a commercial client. I always have a pile of “left over” photographs that were not licensed to my primary client. I can then consider these for submission to Stocksy. Show Me The Money!

Alongside the quality of it’s catalog, Stocksy’s claim to fame is that it is an artist-owned cooperative and pays out the “highest royalty rates in the industry”.

That is great news for artists; God knows we’ve seen a big enough erosion of our rates over the last few years!

Right now, it’s too early to tell just how profitable my involvement with Stocksy will be, but I am pretty optimistic that there is money to be made.

About the author: John-Paul Danko is a commercial photographer and one-half of blurMEDIA Photography. This article originally appeared here.

Google Releases Satellite Pics of Moore, Oklahoma Before and After the Tornado