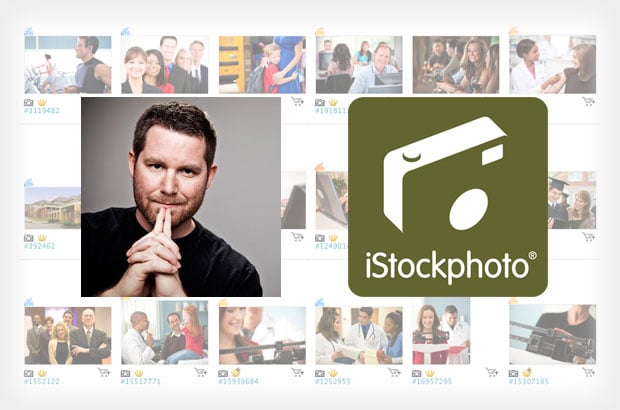 A new controversy is brewing in the world of stock photography. Just last month, it came to light that Getty had agreed to license 5000 of its stock photos to Google while paying the creators of the images a meager one-time fee of $12. Now, one of Getty’s most successful stock photographers is claiming that his account is being terminated in the aftermath of the first hoopla.

Stock photographer Sean Locke wrote on his blog today that he received a notice from Getty Images and iStockphoto (which is owned by Getty Images) that his account will be terminated within the next 30 days.

This is pretty significant news due to the fact that Locke is one of iStockphoto’s most valuable members. A member of the service since August 2004, he is one of the top 5 contributors there, has contributed more than 12,000 photographs, and has sold nearly one million licenses.

Virtually all of Locke’s income comes directly from his relationship with Getty and iStockphoto.

So why would Getty unceremoniously dump such a notable member of its community? Locke claims that much of it has to do with his involvement in the minor revolt that happened after the “Getty Images/Google Drive licensing scheme.”

After criticizing the deal early on, Locke says he then became silent and stood watching from the sidelines. However, when some other members decided to hold a mass photo deactivation event on February 2nd, 2013 in order to protest the deal, Locke updated one of his popular Greasemonkey scripts with a deactivation button in order to support the protestors (he says deactivation is painfully tedious through the service, but is perfectly acceptable to do).

In addition to that script change, Locke also began investigating a new service in the stock agency world, contributing a number of files to test the private service (it’s currently in beta testing stage). Although Locke does have exclusivity agreements with Getty, he notes, “at this stage in the game, the other site is not licensing content and does not violate any exclusivity agreement.”

Apparently those things were enough for Getty to call it quits on its relationship with the photographer.

After some back and forth emails and phone calls with representatives at Getty Images, Locke was told that his account would be closed within the next month. The reasons given were the ones stated above.

Locke says that he will now be migrating his stock portfolio to a number of other stock services, including the one that caused Getty’s disapproval. He also offers words of warning for those sticking with Getty and iStockphoto for their photo sales:

I would like readers to take a word of warning from my experience dealing with them, and to tread cautiously in the times ahead. I know sales are down across the board, and contributor satisfaction is low, so hopefully you are working on “Plan B”.

Getty Images did not immediately respond to our request for comment. We’ll update this post with new details and developments as they arise. Head on over to Locke’s blog post for the whole story from his point of view.