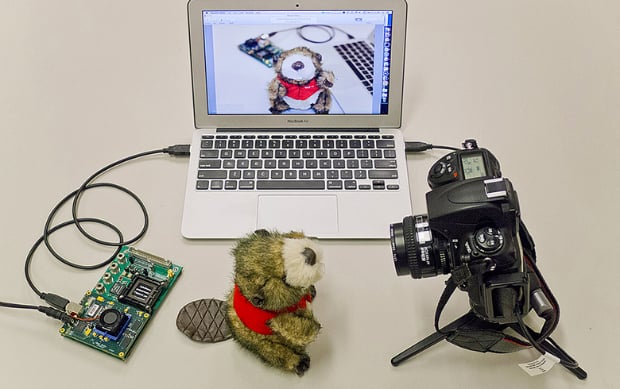 The majority of in-camera editing and enhancing, especially on the mobile front, is done via software. Software that, according to MIT’s Rahul Rithe, “consume[s] substantial power, take[s] a considerable amount of time to run, and require[s] a fair amount of knowledge on the part of the user.”

In order to bypass this problem, Rithe and his team of researchers at MIT have developed a new imaging chip that can act as a photographic “jack of all trades” when it comes to taking your smartphone photos to the next level. 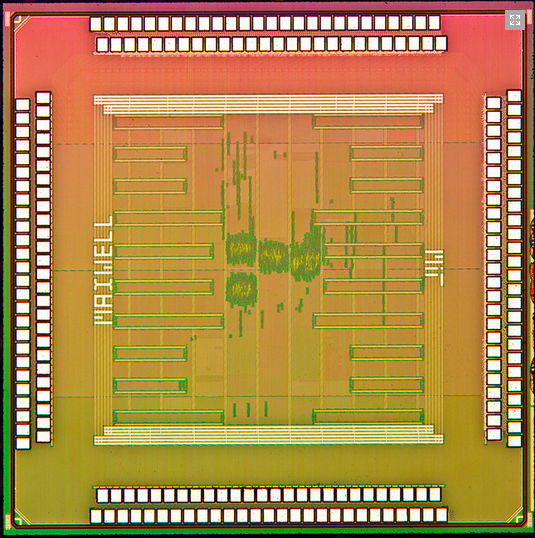 The chip (pictured above) will be able to do in a few hundred milliseconds what it takes the aforementioned software several regular sized seconds to accomplish. As Rithe explains, this chip is about doing more things, faster, while consuming less power:

We wanted to build a single chip that could perform multiple operations, consume significantly less power compared to doing the same job in software, and do it all in real time.

Some of the operations he’s referring to include: merging multiple shots to fill in the natural details that are lost when using the flash, noise reduction that avoids blur via bilateral filtering, and exposure bracketing for HDR so fast it can be applied to video.

As you might imagine, there are a lot of technical details hidden behind the new chip’s superpowers, so head over to MIT News for more.

And if you’re thinking there’s no point in learning more about a chip that you may never use, think again: the project was funded by manufacturer Foxconn, and has already impressed the folks over at Microsoft Research.

Nikon Announces the D7100, A Midrange DSLR for “Advanced Enthusiasts”