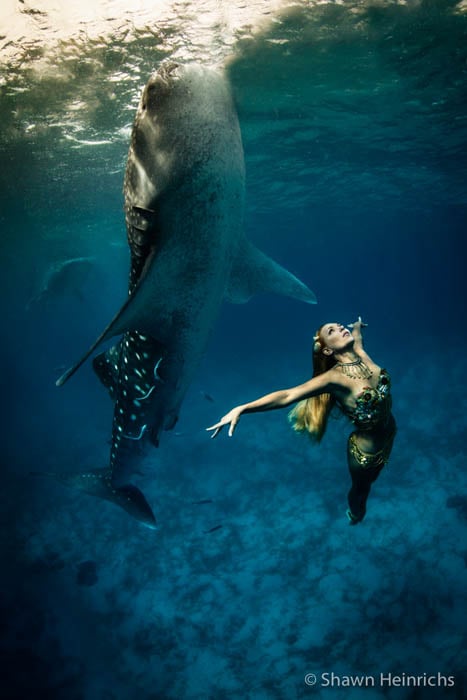 The photograph above may look like some kind of imaginary scene conjured up by a Photoshop wizard, but it’s an actual photograph showing a real model swimming with a real whale shark.

Photographers Shawn Heinrichs and Kristian Schmidt carried out the “revolutionary fashion shoot” recently off the coast of the Philippines, creating a set of fashion photos that are unlike any we’ve seen before.


The photographs, which have gone viral online, are meant to bring the plight of the whale shark — currently considered at risk of going extinct in the wild — to the public’s attention.

Heinrichs, an underwater photographer, and Schmidt, a fashion photographer, first teamed up in November 2012 in order to combine their skill sets for this photo shoot idea.

After assembling a team of models (including a world class sky diver and a professional underwater model), divers, and a stylist, they traveled to a small village called Oslob in a remote corner of the Philippines. Heinrichs writes,

Just a two years ago in these very waters, divers discovered a live juvenile whale shark that had all its fins cut off. Though legally protected in the Philippines, poaching of whale sharks had continued because the shark fin traders enticed poor local fishermen to earn money from exploiting these vulnerable animals. Less than a decade prior, the local populations of whale sharks had been all but wiped out to satisfy demand for shark fins in China. Now finally, local communities have found a way to earn a living from whale shark tourism, and rather than targeting and killing them, they now are passionate about protecting them.

Shooting the photographs was challenging technically, and took the team one week to complete. 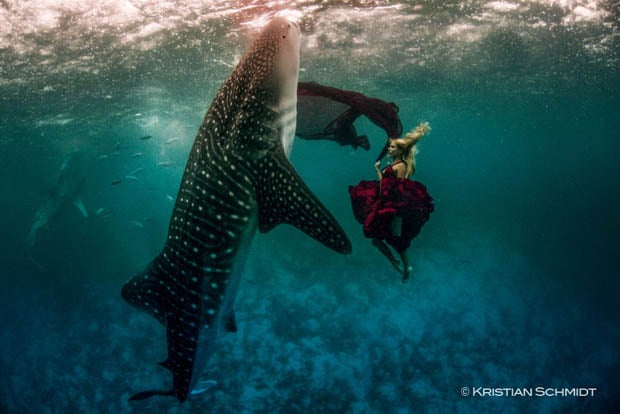 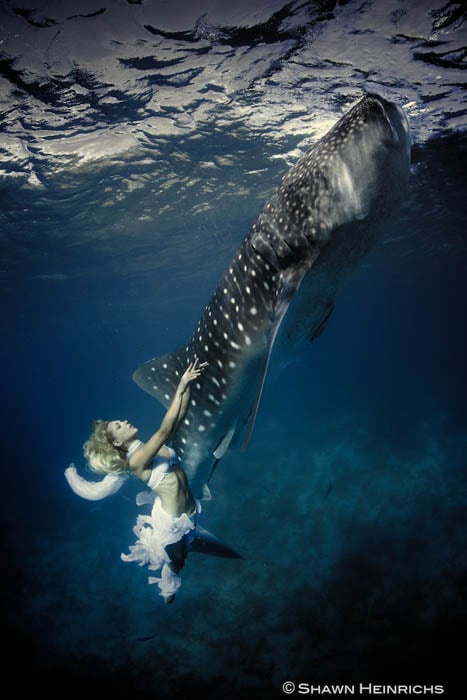 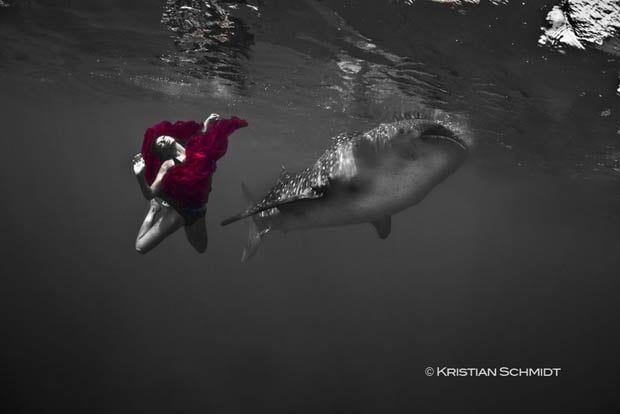 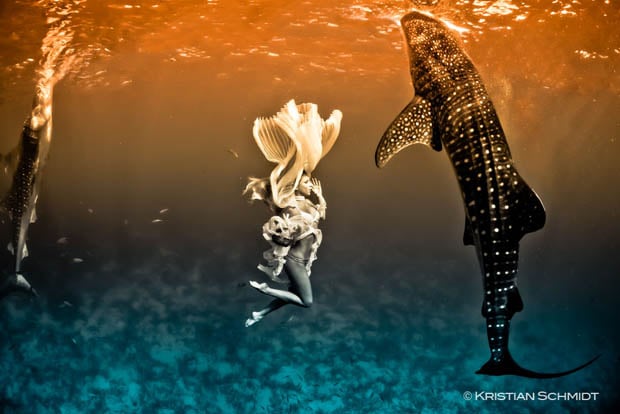 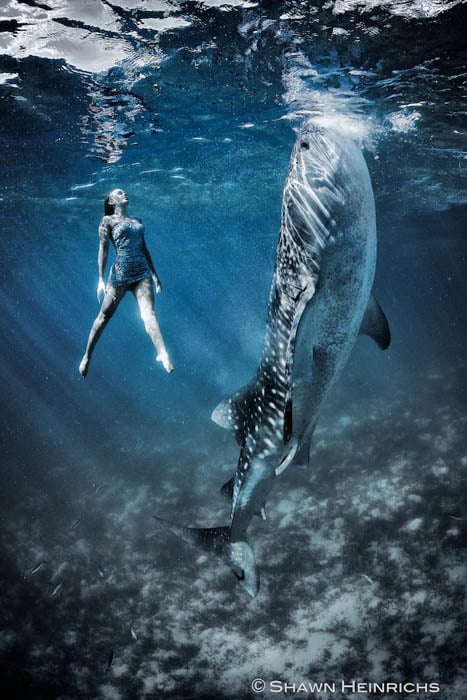 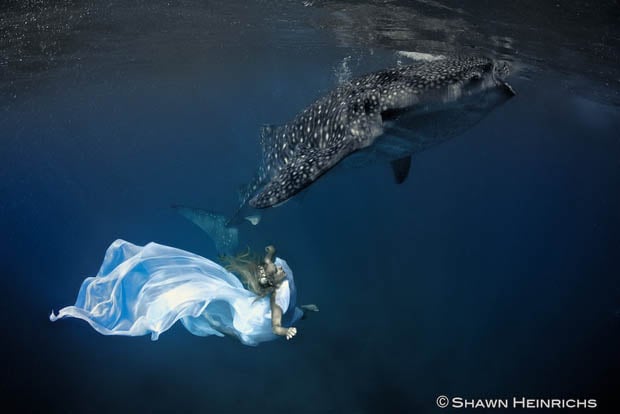 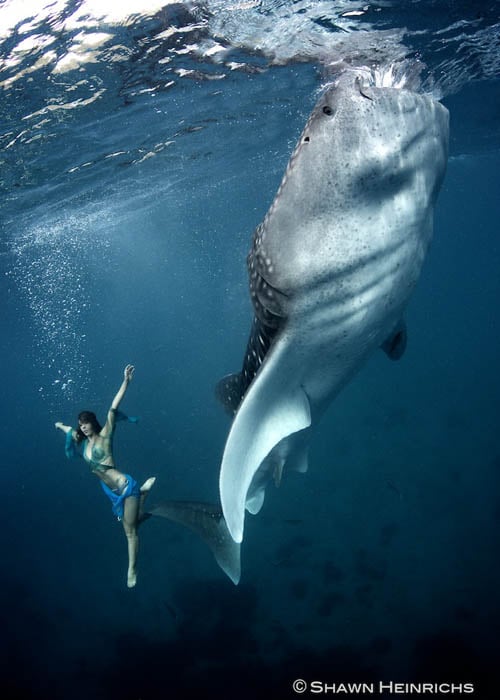 Here’s a behind-the-scenes photograph showing the team in action: Image credits: Photographs by Shawn Heinrichs and Kristian Schmidt and used with permission