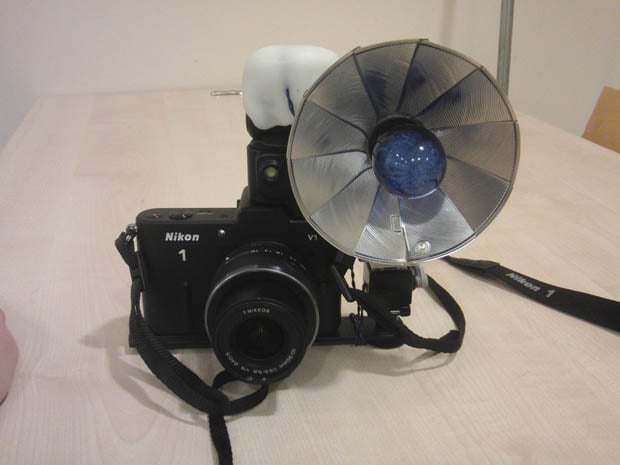 After recently purchasing a Nikon 1 V1, Swedish photographer Sven Hedin decided to work on making the camera work with an external flash. Not just any external flash, mind you, but a vintage flash unit — the kind that uses disposable bulbs.

Here’s the technical explanation of his solution:

[…] I happened to have a tube of VO2223A, an opto coupler triac that can handle 600V and several amps pulsed. Since it’s an opto coupler it will be triggered by light, and since it’s often used for dimming it has to have rather fast response. I simply cut it in half between the primary and secondary side, soldered wires from it to an external flash shoe adapter, attached my old flash unit to the shoe and the sensor to my camera […]

The only real downsides are that it needs a lot of light so it needs to be mounted very near to the master flash, also it only works as a slave for flash units that emit a single flash so no TTL or modern compact cameras that use metering flash or red eye reduction.

The advantage to using his disposable bulbs is that the color is that they offer better and more light than his built-in flash. Here are two comparison photos. The first shows a photo snapped using the V1’s built-in electronic flash, and the second was captured using his vintage flash: 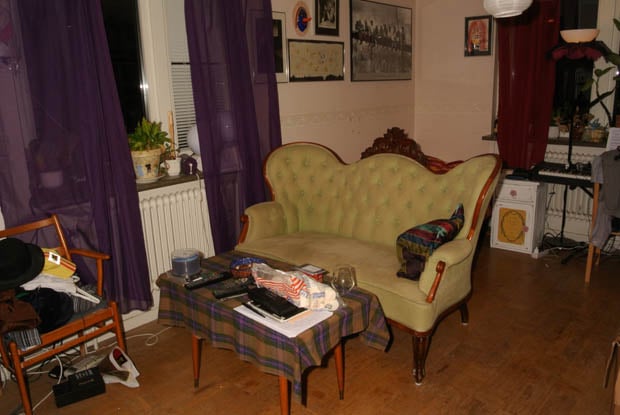 If you’re curious about the technical details of the build, check out this video Hedin made:

You can also find much more of the technical elements over on Hedin’s website.