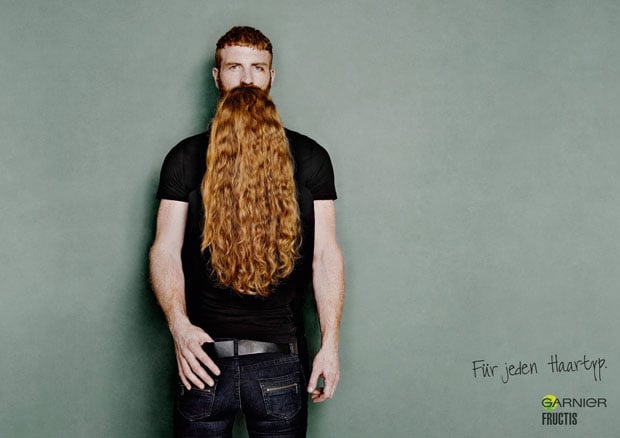 To make the point that Garnier Fructis’ hair products are great for both women and men, advertising agency Publicis teamed up with photographers Billy & Hells for a series of creative advertising photographs.

Upon first glance, each of the photographs appear to show a tough guy with a massively long beard. However, look a little closer and you’ll realize that things are not what they appeared to be. 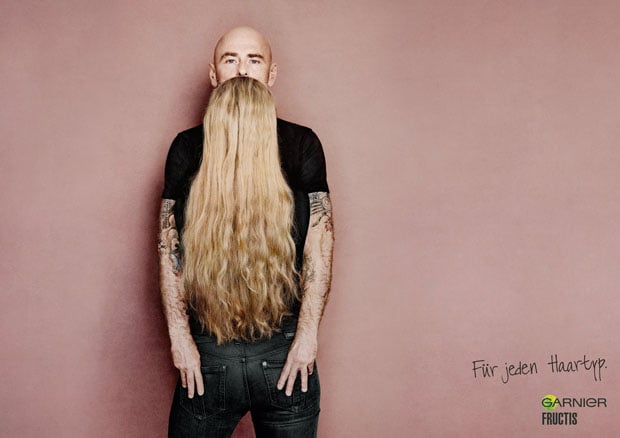 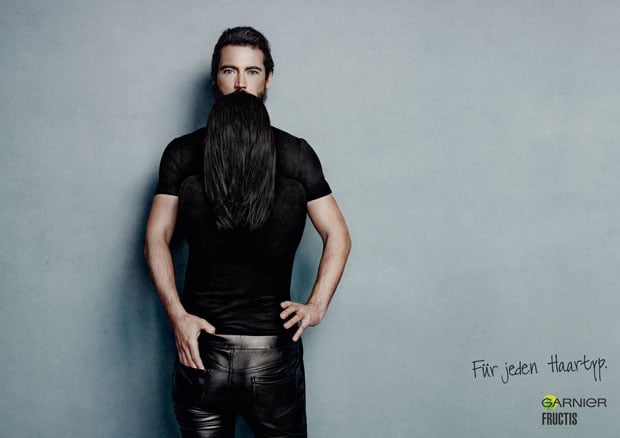 (via Gute Werbung via Laughing Squid)