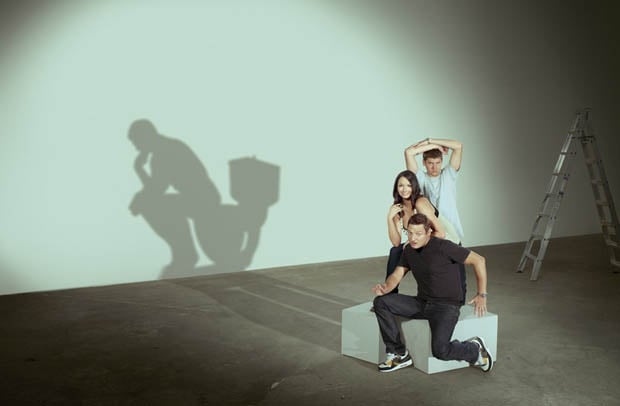 Earlier this year, we shared the photos of Tim Noble and Sue Webster, London-based artists who are well known for creating amazing shadows using piles of carefully arranged objects. Perhaps inspired by their work, photographer Julian Wolkenstein shot a clever series of photographs a couple of years ago that show three people contorting their bodies in various ways to create intricate shadows on the wall behind them. The project is titled, Nova. 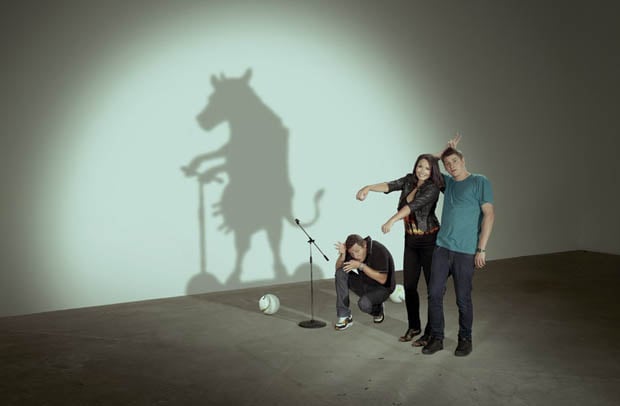 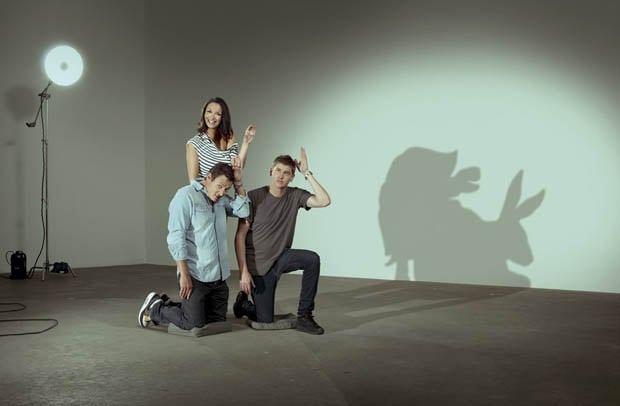 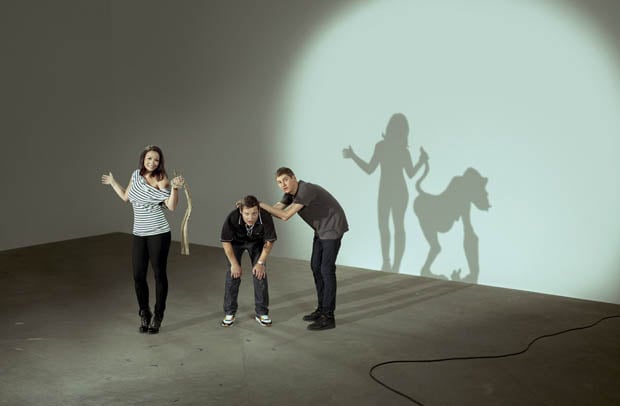 Just in case you didn’t realize it, the photographs aren’t real. They were created as part of an advertising for an Australian radio show on Nova FM called “Merrick, Dools & Ricki-Lee Radio Show”.

It makes us wonder though: what shadow shapes would actually be possible if you spent time carefully positioning a group of people? It would take a whole lotta patience for both photographer and model(s), but the resulting images could be quite interesting (and viral).

Nova by Julian Wolkenstein (via Photojojo)

Update: The Filipino group El Gamma Penumbra — which appeared on Philippines Got Talent — does something similar, and does it live:

Working with the members of that group could probably lead to some pretty awesome photographs in the style of what’s seen in this post.

P.S. Julian Wolkenstein is the same photographer behind the mirrored-face portrait project that we shared earlier this month.

Turn Your Instagram Photographs Into a Beautiful Tear-Off Calendar