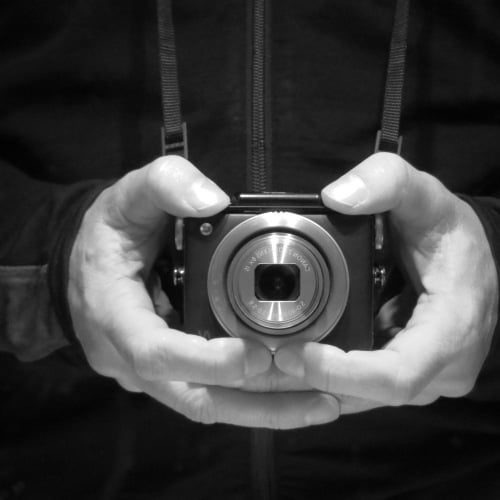 The digital camera industry is dominated by eye-level viewfinders, but waist-level finders have their advantages. One main one is that it makes photographing strangers less threatening since the photographer is looking down instead of directly at the subjects.

Photographer Paul Richters wanted to bring the experience of shooting with waist-level finders to the world of digital cameras, so he turned his Canon PowerShot N compact camera into a little Rolleiflex-lookalike.

In case you’ve never seen or used a waist-level finder before, here’s a photo showing what you see when you look down into the finder on top of a Rolleiflex twin-lens reflex camera: 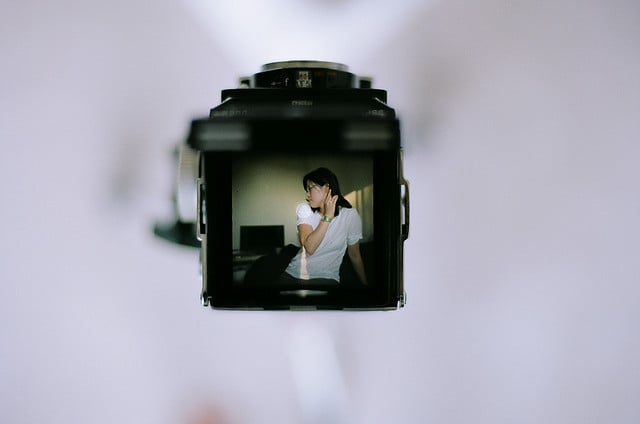 The Canon PowerShot N can easily be used for waist-level photography because it’s tiny and square-shaped with a 2.8-inch LCD screen on the back that flips up at a right angle: 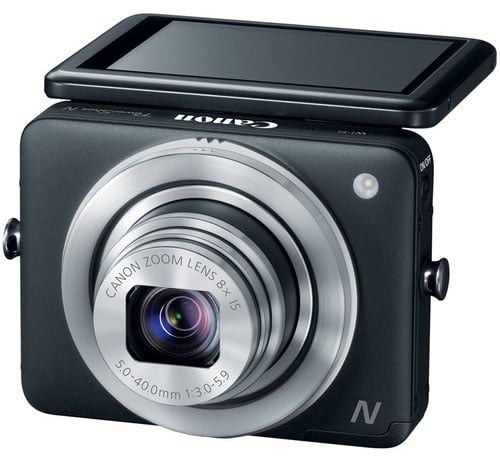 Richters used pieces of wood to fill in the 4 “missing sides” of the camera, giving the PowerShot a cube body that fixes the LCD on top of the camera (here’s a page with a closer look on how the wooden body was built). He also added strap loops to the side and a tripod mount to the bottom. 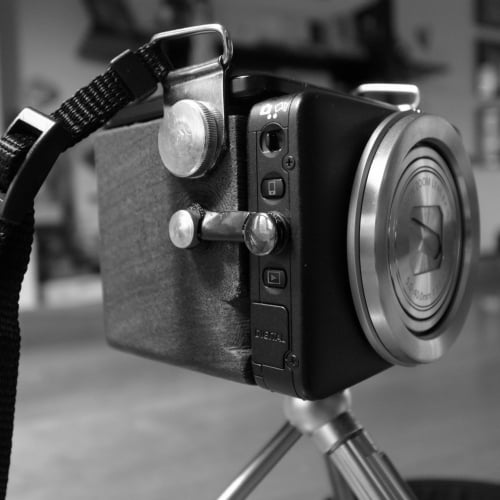 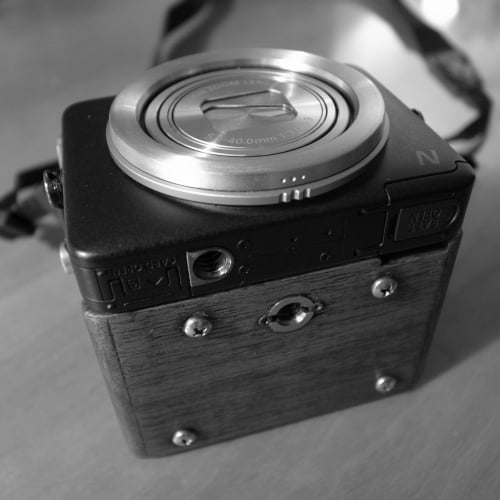 Here’s what Richters’ PowerShot N looks like with its new body: 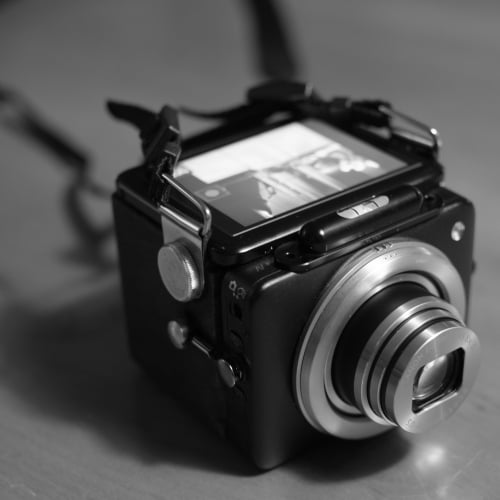 Richters also purchased a 3-inch LCD hood that fits the “top” of the “camera” perfectly. It makes viewing the screen easier in bright, sunny conditions: 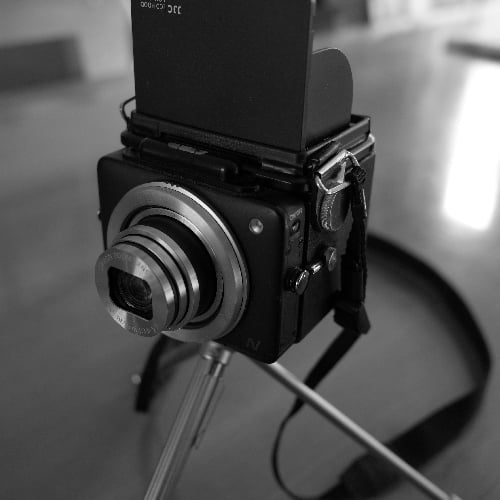 Here’s what Richters sees now when he looks straight down into the camera: 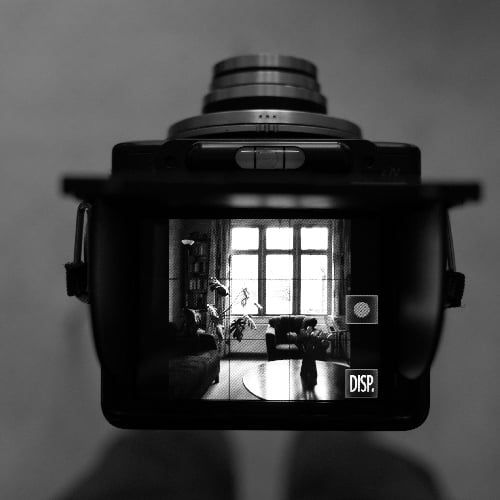 He reports that this new design improves the handling of the camera “radically.” It also lets him photograph strangers inconspicuously, and composing is easier than the waist-level finders on film cameras since the image isn’t reversed left-to-right. 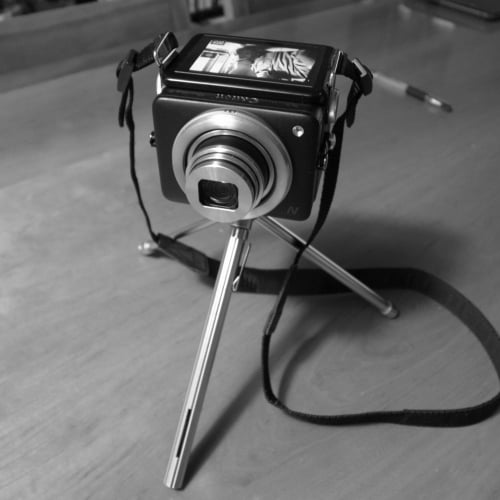 The PowerShot N only sells for $130 at the moment, making it a cheap option if you’d like a simple camera that you can look down into while using.