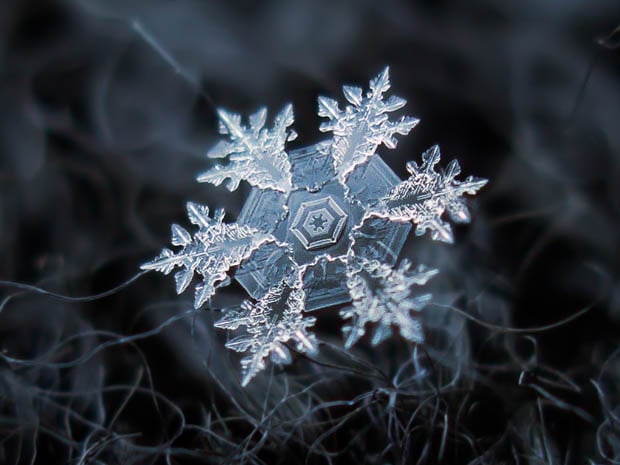 Moscow, Russia-based photographer Alexey Kljatov shoots incredibly beautiful photographs of snowflakes on the open balcony of his home… using a custom compact camera kit. That’s right: rather than use fancy (and pricey) camera gear, Kljatov simply uses a 12.1MP Canon PowerShot A650 and some DIY macro gear that he put together.


Kljatov says he mostly works on a glass surface with an LED flashlight illuminating the snowflake from the other side of the glass. For other shots, he also uses natural light and dark woolen fabric as a backdrop.

Here’s what the setup looks like: notice how the sheet of glass is resting on an upside-down wooden stool: 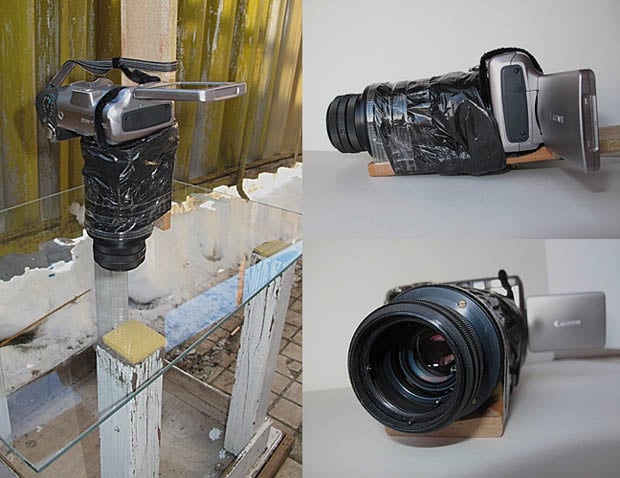 When he was just starting out, Kljatov would use the standard macro mode on the A650, using a plastic bottle tube to stabilize his camera while it’s pointed straight down onto the snowflake at the minimum focusing distance. He would press the shutter with one hand (with a delay so he could shoot hands free) while using the other to point the flashlight at the snowflake.

More recently, Kljatov built a “super-macro addon” using a Helios 44M-5 lebs from an old USSR Zenit SLR camera. You can see the new rig above.

Here are some of the amazing snowflake photographs he has captured using the two setups: 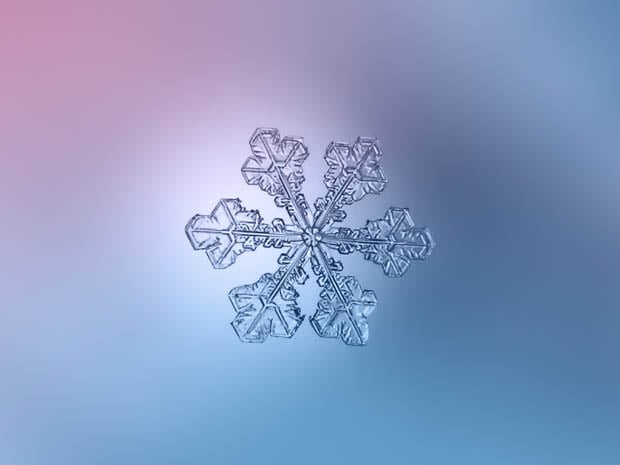 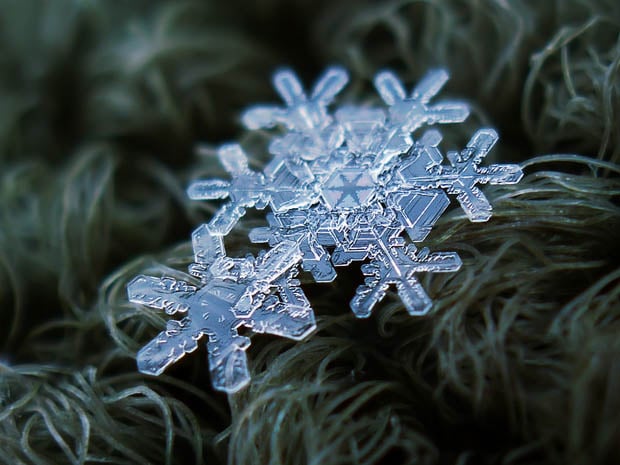 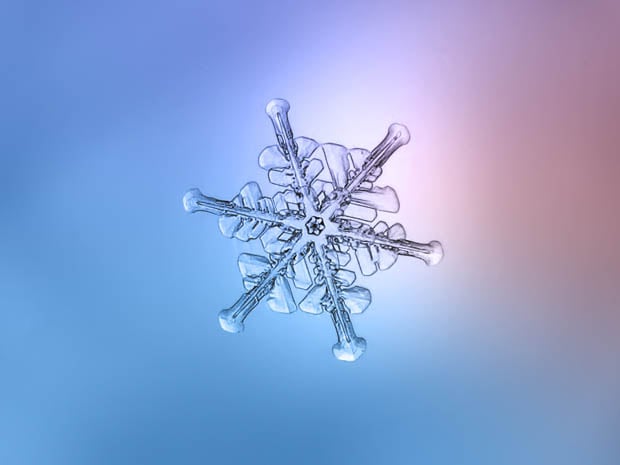 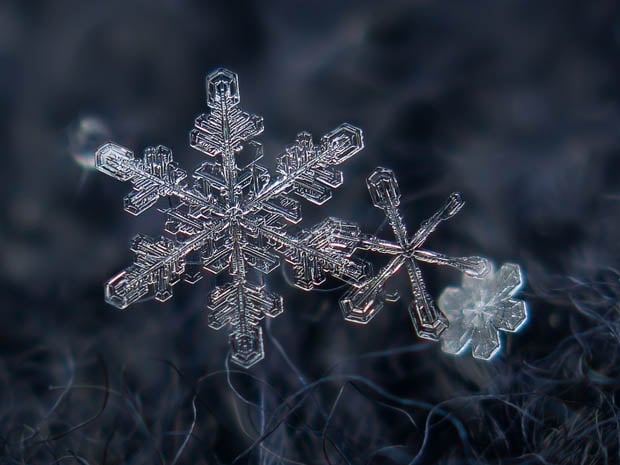 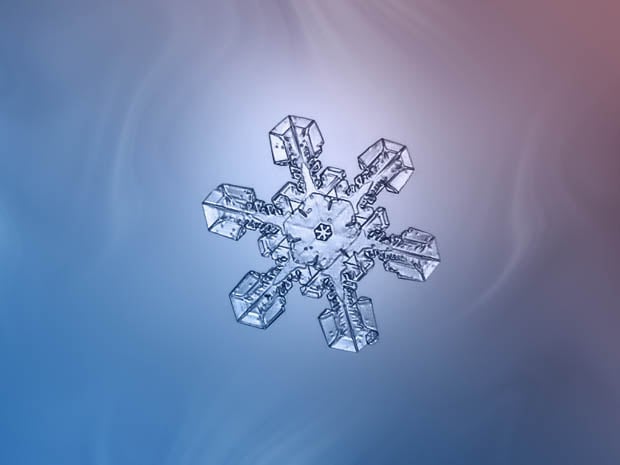 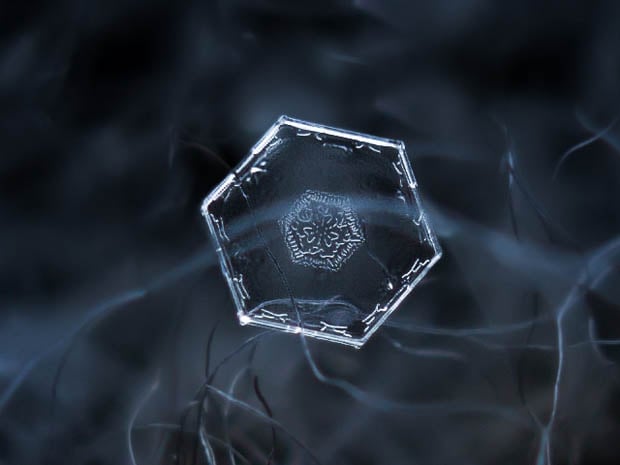 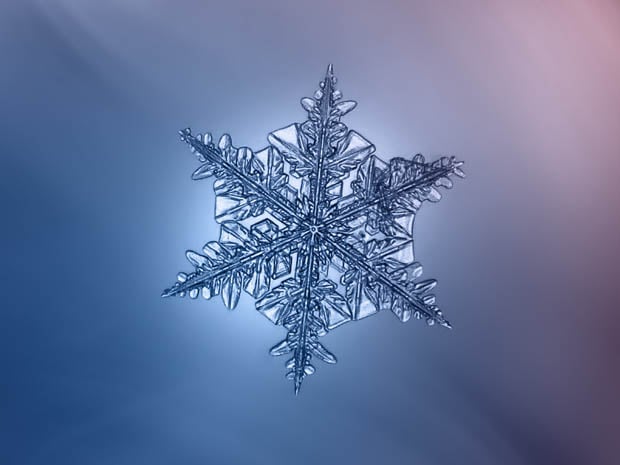 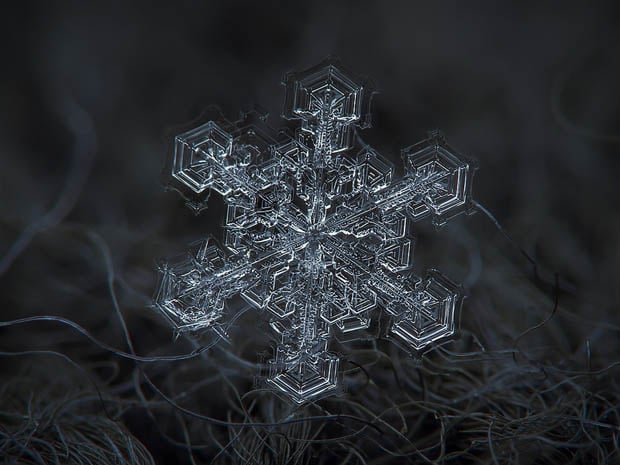 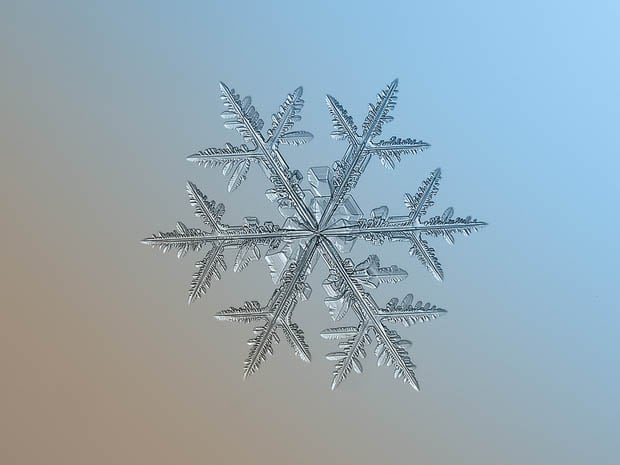 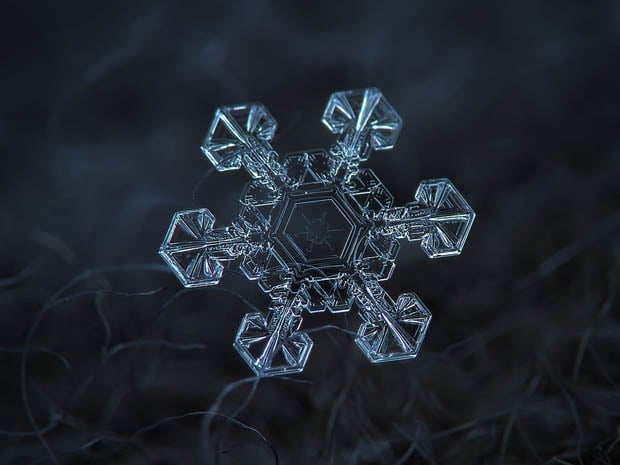 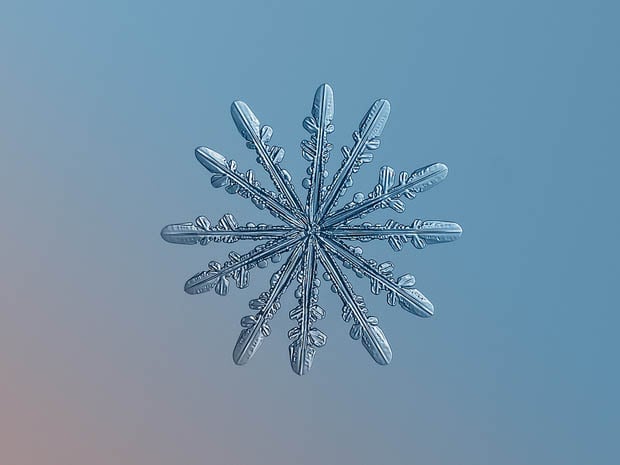 You can find more of his snowflake macros over on his Flickr photostream and through his blog.

P.S. If you’re into snowflake photos, be sure to also check out these gorgeous snowflake snaps by another Russian photographer named Andrew Osokin.

Image credits: Photographs by Alexey Kljatov and used with permission