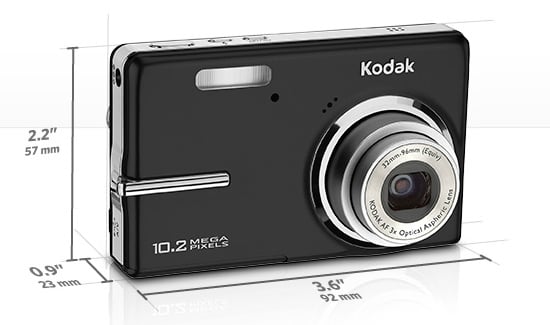 We’ve known for a while that Kodak is jumping out of the digital camera game, focusing its attention on printing and, thus, ending an era. But, as it turns out, we haven’t seen the last of the Kodak digital camera — it just won’t be made by Kodak anymore.

In a recent business move, Kodak has decided to license the rights to make Kodak-branded cameras away to JK Imaging. The resulting cameras (among other portable electronics) will sport the Kodak name, even though they won’t be made by the company itself.

Our decision to license the globally-recognized Kodak brand from Eastman Kodak Company was a natural fit. With more than a century of imaging firsts, there is great significance and value in the Kodak name. We intend to continue this legacy and bring to market the next generation of ‘must have’ portable, personal electronics that enhance the lives of consumers worldwide.

The deal does come off a bit sad, as does most news regarding Kodak these days, but it’s nice to know your kids won’t look at you weird in a few years time when you talk fondly of Kodak cameras… or Kodak… or cameras. According to the press release, we should start seeing the first of JK Imaging’s Kodak products in the second quarter of 2013.