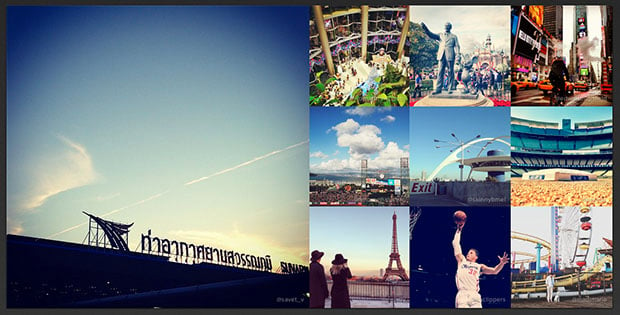 There are well over 100 million users on Instagram (assuming a quarter of them didn’t just up and leave), and even though the typical Instagram photo stream consists of food and the family pet, there are certain places that show up more often than others. Times Square, The Eiffel Tower, Disneyland, the Bangkok Airport… wait… that last one seems out of place doesn’t it?

As it turns out, no. Not only is Bangkok’s Suvarnabhumi Airport the number one most Instagrammed location of 2012, but Bangkok’s massive shopping mall, Siam Paragon, took second. Only then does the list become populated by the locations you might expect to see.


How Bangkok managed to snag both spots 1 and 2 is anybody’s guess, but according to Instagram’s official list, there were more than 100K photos of or in the Suvarnabhumi Airport uploaded to the service this year. 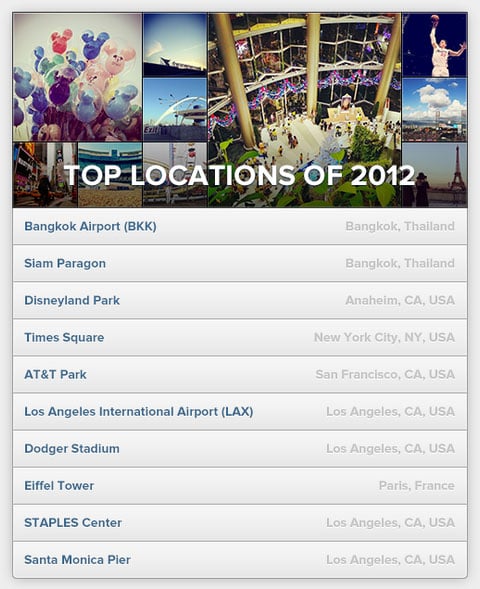 The rest of the list consists of Disneyland in third, followed by Times Square in fourth, the AT&T Park in SF in fifth, LAX airport in sixth, Dodger Stadium in seventh, the Eiffel Tower surprisingly low on the list at eighth, and the Staples Center and Santa Monica Pier in Los Angeles in ninth and tenth, respectively.

If you’re looking to the list for inspiration it looks like the must-Instagram places on earth are airports, baseball stadiums, amusement parks, Times Square, the Eiffel Tower (optional) and, of course, Bangkok.