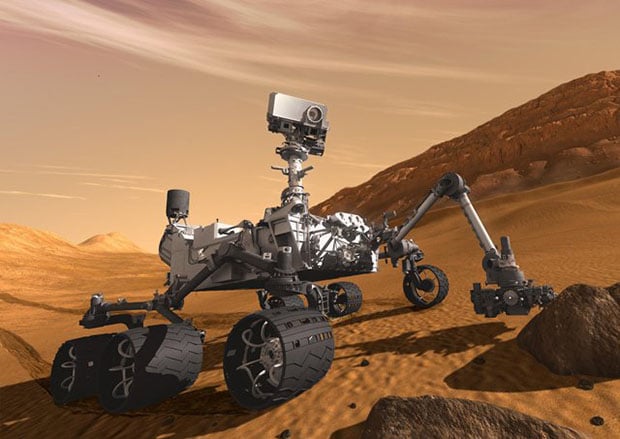 We’ve written a number of posts regarding the NASA Curiosity rover’s photography on Mars, but have you ever wondered who it is that “presses the shutter”? If you have, you’re not alone. The Planetary Society recently received the question as well, and has published an official explanation from NASA:

It would be nice if the pictures took themselves. But it takes a village, it seems, to get a picture taken on Mars […] for a single snap shot you might have the Geology Science Theme Group conceive and design it en masse; the PUL-1 plan it; the entire (on staff) Science Operations Working Group discuss it and include it in the daily plan, the PUL-2 actually write it, and the engineering uplink team review and approve it before the Ace hits the button to radiate it, with the sol’s command, bundle to the rover. That’s a group the size of a small village.

Camera operator Mark Lemmon also talks about how the team often goes to great lengths to nail lighting and composition. With so many resources drained into each photo, casual snapshots aren’t exactly Curiosity’s thing.

Who is the photographer behind Mars rover photos? Answer from Mark Lemmon [The Planetary Society]