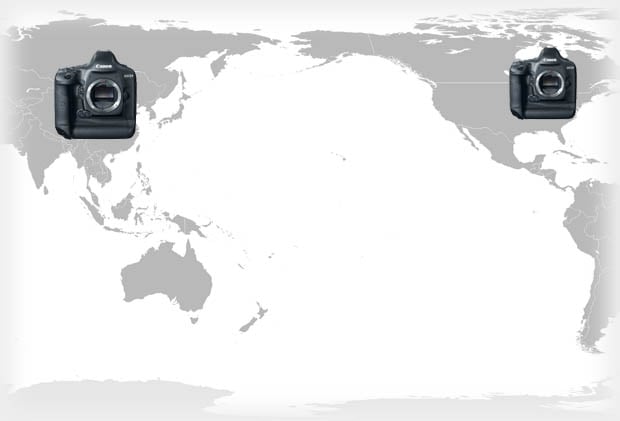 PhotoPlus is going down over in New York City in the second half of this week, and that’s when we might be hearing a peep out of Canon regarding its rumored high-resolution DSLR. If there’s any mention of the camera at all, it will probably at most be an “in development” announcement that confirms rumors but doesn’t reveal too much else.

Northlight Images is hearing that there may be multiple prototype versions being tested around the world that vary in how many megapixels they pack:

[…] we’ve had several observations of camera testing, pointing to (at least) 2 different full frame sensors currently in circulation. From the US, a 39MP sensor in a 1 series body, has apparently been used for several test video productions. In the Far East, two other comments both pointed to ‘well over 50’ MP, once again in a 1 series body. All stressed that these were not production model test cameras.

Whether we do get the previously hinted at ‘technology development’ camera soon is far from clear. We’re probably too far away from any product launch (and lengthy wait for shipping) for anything we’re seeing at the moment to be much more than engineering tests.

The word on the street is that the new camera will be pretty pricey… possibly in the ballpark of $9000. Unless you have extremely deep pockets or a generous benefactor, you might want to dial down your interest in this mythical beast to “mild”, lest you be disappointed once it appears.

There was also an interesting rumor morsel published over at Canon Rumors suggesting that Canon isn’t too pleased with that screenshot of a Canon 3D listing that supposedly appeared briefly on B&H (which we believe to be genuine. The screenshot, that is — not the camera). CR writes:

I’ve also heard through the grapevine that Canon USA wasn’t all too happy with the purported Photoshop’d EOS-3 with a 46.1mp sensor articles that popped up not too long ago. That in itself is quite interesting, as why would they care about something that isn’t real?

That’s pretty much all there is to know about the Canon high-MP DSLRs at this point.

P.S. There are also rumors that there may be 3-4 more Canon lens announcements by the end of this year, and that Canon is developing a new EF 800 f/5.6L IS II super-telephoto lens that takes advantage of recent weight-saving technologies.

The Next Big Thing in the Photo World is Individual Licensing