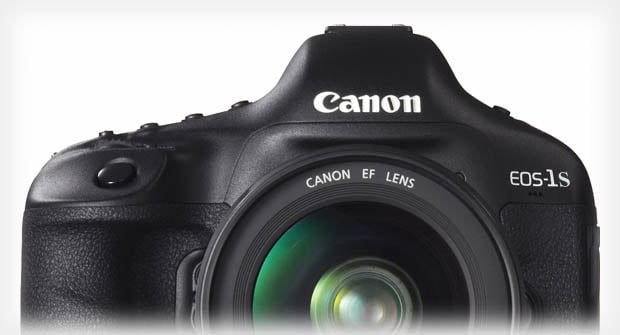 From the rumors that have been floating around, it seems pretty clear that Canon will be unveiling a new high-megapixel DSLR at the end of this month. “Canon 3D” is one of the names that has been attached to the rumors, but Canon Rumors reports that a new one has emerged — along with a hint at what the price might be.

Received a suggestion today that the new big megapixel camera from Canon would be the Canon EOS-1S. There wasn’t much given in the way of specs, but it’s said to cost in the area of $9000 USD. This is definitely not sounding like a Nikon D800 competitor.

There was also another mention of superior low ISO performance from the sensor. New technology will be introduced in this camera and will set the stage for sensor development over the next 2-3 years.

When Northlight Images shared a rumor at the end of September that the camera would have a 1D X-style body, they wrote,

[…] the actual designation was not known, but it would essentially be a ’1 series’.

That seems to match up with Canon Rumor’s latest rumor. 1S would still be a “1 series”, just without the ‘D’.

A $9000 price tag would definitely mean that this camera isn’t a high-megapixel competitor to the Nikon D800, as it’d be about three times the price…

Earlier this week we also shared a screenshot of a Canon 3D listing that briefly appeared on the website of camera retailer B&H. Most people who saw the screenshot immediately shouted “hoax”, but when we contacted Nine Volt (the business that posted the screenshot), Operations Manager Walter Tenenbaum defended the authenticity of the image.

Seeing that the photo business is willing to risk its reputation over this, we’re guessing that the screenshot actually shows what appeared briefly on B&H. Thus, if the listing itself is bogus, it appears that the bogus-ness lies on B&H’s end — perhaps a website manager decided to create a placeholder listing over the holidays in preparation for the real thing…

Trick: Easily Set Photos to “Private” in iOS by Cropping Them Down