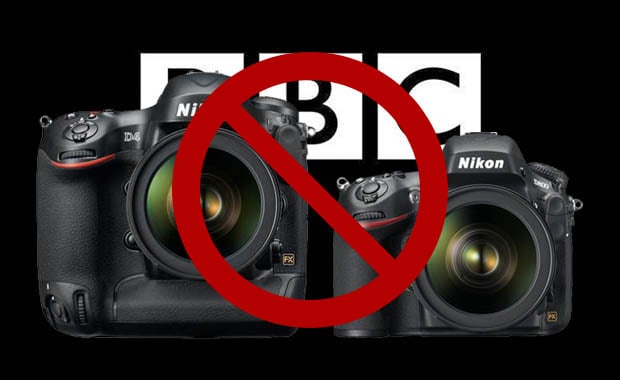 Last week, we wrote that Nikon was tooting its own horn by claiming that both the D4 and D800 DSLRs had passed the European Broadcasting Union test, popularly known as the BBC test, making them the “first DSLR cameras fit for broadcast.” Now it appears that the horns were tooted prematurely, as the BBC is refuting Nikon’s interpretation of the tests.

Here’s how the original news article appeared on the Australian My Nikon Life website: 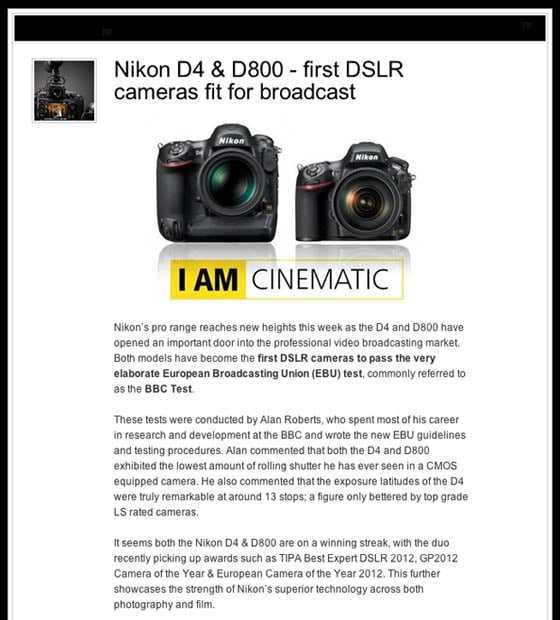 In our writeup, we reported that there seemed to be some confusion over what constituted “passing” the test, since the results don’t include a simple rating or pass/fail indication. More specifically, the D800’s results also had the harsh conclusion, “This camera cannot be recommended for serious programme-making,” suggesting that it failed, rather than passed, the test.

Shortly afterward, the original post was deleted from the Nikon website, and replaced with a new article that only claims that the D4 passed: 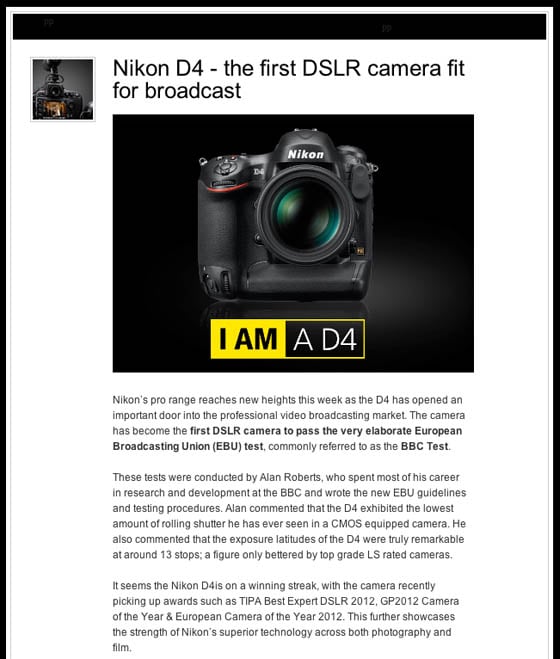 Nikon might need to make a second revision, as now the BBC is saying that neither camera passed the test.

Andy Quested, the broadcasting company’s Head of Technology, has responded to Nikon’s claim in an email to The Phoblographer and in a comment on our post, saying,

The cameras did not “pass” and the BBC is not and will not be using them for HD programmes.

Here are the sections from the test report

Nikon’s latest DSLRs are certainly drawing rave reviews for the performance of their sensors, but it seems the company — or, at least the Australian division’s PR agency — got ahead of itself with this latest “fit for broadcasting” claim.

Stow-Away: A Universal Lens Cap Holder for Your Camera’s Belly

Street Photographer Turns His City Into a Free-Art Gallery