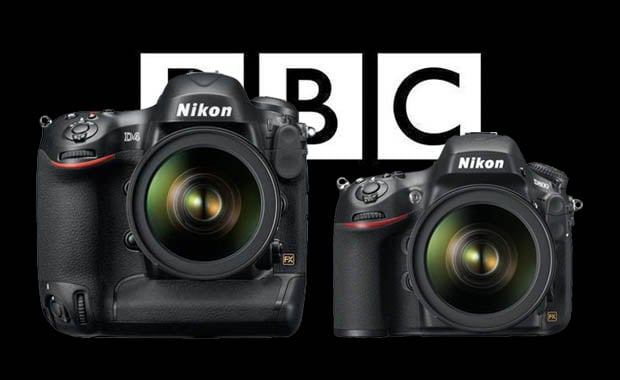 Nikon published a news post recently boasting that its D4 and D800 DSLRs had “become the first DSLR cameras to pass the very elaborate European Broadcasting Union (EBU) test, commonly referred to as the BBC Test.”

These tests were conducted by Alan Roberts, who spent most of his career in research and development at the BBC and wrote the new EBU guidelines and testing procedures. Alan commented that both the D4 and D800 exhibited the lowest amount of rolling shutter he has ever seen in a CMOS equipped camera. He also commented that the exposure latitudes of the D4 were truly remarkable at around 13 stops;

Other publications reporting on the test results aren’t nearly as enthusiastic as Nikon about the results. wolfcrow writes that the D800 actually failed the test, pointing to the concluding line, “This camera cannot be recommended for serious programme-making.”

Regardless of whether the camera passed or failed, both certainly did acceptably for DSLR cameras, which, in general, do not perform very well on the BBC Test.

BBC reporter Nick Garnett writes that they weren’t originally planning on using an iPhone, but were forced to because their satellite trucks couldn’t reach certain areas due to the flooding. Here’s how the whole thing went down:

I’d found a good guest at a bowling club that was underwater […] I rang up the BBC News Channel and asked if they fancied doing a bit of trailblazing. The News Organiser was up for it so with a massive amount of help […] we managed to get Dejero working. The app bonds together a 3G signal with a wifi network signal – increasing the bandwidth and allowing better quality signals (because the crucial upload bandwidth is widened). However, there’s no cue available for the guest. A quick trip to a nearby phone shop and I’d bought a PAYG phone with a headphone socket. Another quick trip to a pawnbrokers and I’d found a tripod (a bargain at £4.99). Back at the bowling club I set everything up – we needed a breakout cable to allow the guest to hold their own microphone (I’ll need to get hold of a personal mic to get round this in the future). Then – disaster. The guest was 6′ tall, the tripod was 4′ at maximum height. It’s amazing what you can do with a beer keg and a table top. The rain was pouring down, affecting both the bandwidth and my chances of the iphone not ending up waterlogged but a beer tray came in useful to shield the rain off the phone.

And then we went live. There was a lot of breakup at the beginning – not sure why. The delay is 3 seconds – but we knew that was going to be the case because it’s assignable as a buffer (the longer the delay, the better the quality). The guest was terrific – even when his own mobile phone started ringing in the middle of the live (my fault). Have a look – and remember: it’s all being done on a phone.

Garnett tells us that the BBC is currently looking into different apps and solutions for mobile broadcasting, and that “it’s an indicator of where the technology and capability is going.”