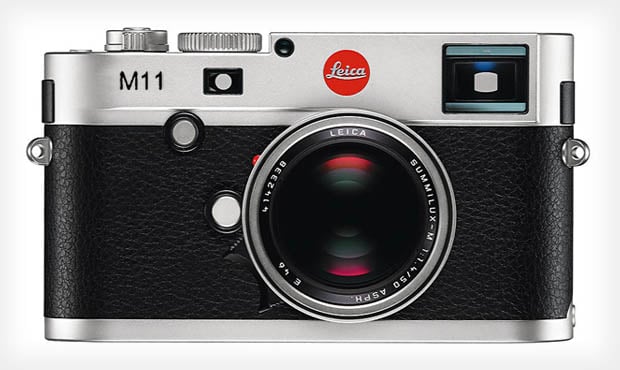 Here’s something that’s a bit strange: Leica filed a trademark application for “M11” this past May, just a few months before announcing the Leica M — a camera that did away with the company’s number-based naming strategy used since 1954.

According to trademark search engine Trademarkia,

On Saturday, May 05, 2012, a U.S. federal trademark registration was filed for M11 by Leica Camera AG, . The USPTO has given the M11 trademark serial number of 79113724. The current federal status of this trademark filing is PUBLISHED FOR OPPOSITION. The correspondent listed for M11 is Jan Stamer of Postfach 2604, 35536 Wetzlar, FED REP GERMANY . The M11 trademark is filed in the category of Computer & Software Products & Electrical & Scientific Products . The description provided to the USPTO for M11 is Image recording instruments and apparatus, in particular photographic rangefinder cameras for analogue or digital still image recording, digital cameras.

The M was supposed to be named the M10. Did Leica decide to eliminate the number in the span of a few months? Or perhaps the company just wants to cover all the bases just in case the new naming scheme wasn’t well received… Our guess is that the filing was done just to be safe. You never know when you might need something, so it’s better to have it than to not, even if you’re unlikely to ever use it.

Photographers appear to be reacting to the number-elimination news with mixed feelings. While it’s simple and is modeled after what car companies have long done, doing Google searches for future Leica cameras might be a bit of a pain in the butt.

IKEA Caught Photoshopping Women Out of Its Saudi Arabian Catalog