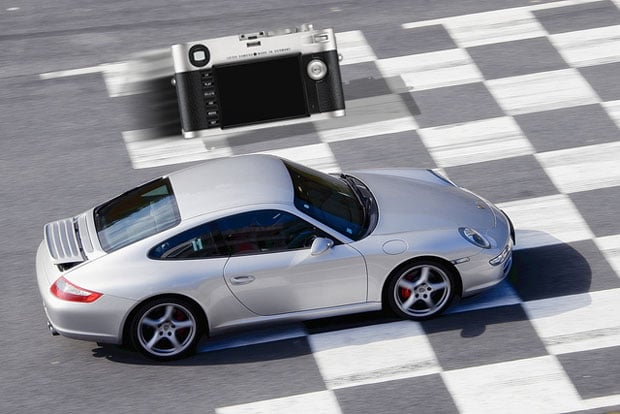 When Leica announced at Photokina last week that future M and S cameras won’t have numbers attached to the model name (e.g. Leica M), I wrote that the company seemed to be taking a page from Apple’s book by having generations rather than models. Turns out that’s not the case. Leica doesn’t want to be what Apple is to the gadget industry, but what Porsche is to the automobile industry.

Well, the model on that naming strategy comes from the automotive industry. If you look at Porsche, they make a 911. But to a 911 owner, it’s more specific. From the early 90’s, there’s a 964. The last generation air-cooled is a 993 from the end of the 90’s. Then there’s the 996, then 997, etcetera. So internally, they have project names or product names. But to the world, it’s a 911. We’re trying to go to that sort of a mentality, so it’s all an M camera. To be specific, the new M is really a type 240 and the new M-E, a Type 220. That’s how we plan to differentiate them. And they’re actually marked on the cameras as such.

This whole idea of being the “Porsche of the camera world” explains Leica very well. It may put people off when Leica says that it’ll never release an affordable M-rangefinder, but it makes sense when viewed through this lens. After all, would Porsche release an affordable version of the 911?

Q&A with Leica’s Justin Stailey: How the new Leica M and S may be the Porsches of enthusiast digital cameras [Imaging Resource]

Image credit: Illustration based on Porsche 911 (997S) by lwoodfp

Autographer is a New Wearable Camera that Automatically Documents Your Life