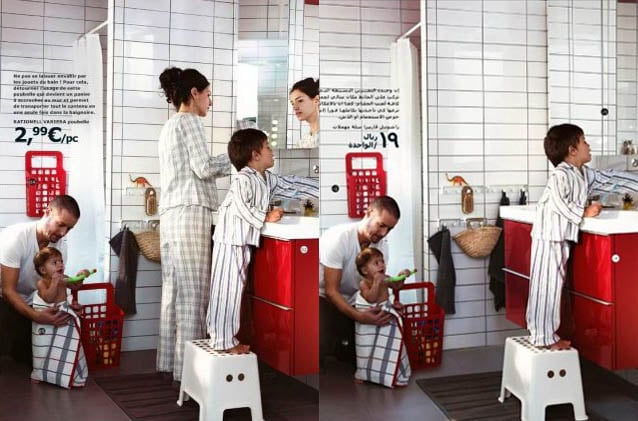 IKEA found itself in some hot water today after it came to light that a number of women seen in its catalog photographs had been Photoshopped out of the frame for the Saudi Arabian edition. Swedish newspaper Metro broke the story today with a scathing piece titled, “Women Cannot be Retouched Away,” writing that IKEA’s new catalog reflects the country’s oppression of women by editing out every single human with two X chromosomes.

Here’s another side-by-side comparison showing another of the retouched images: 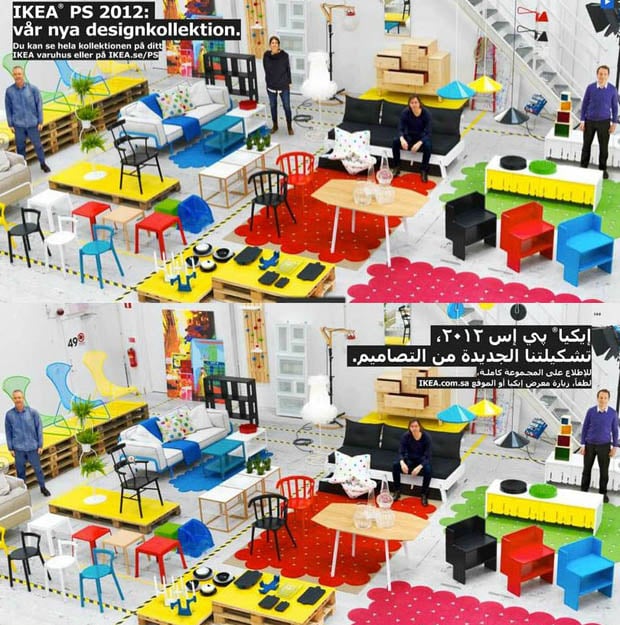 Some of the photos weren’t ‘shopped, but were simply replaced with images entirely devoid of people: 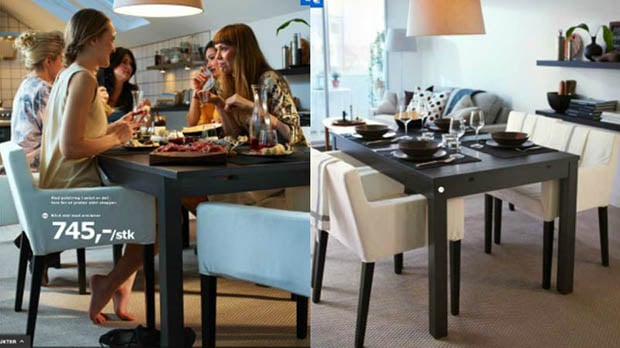 As newspapers and websites around the world began picking up on the story, IKEA released a statement apologizing for its actions:

We should have reacted and realized that excluding women from the Saudi Arabian version of the catalog is in conflict with the IKEA Group values.

We are now reviewing our routines to safeguard a correct content presentation from a values point-of-view in the different versions of the IKEA Catalog worldwide.

No word yet on whether IKEA plans to reissue the latest Saudi Arabian catalog with “fixed” photos.

(via Gawker via Imaging Resource)

P.S. Microsoft found itself in a similarly sticky situation back in 2009 after replacing the head of a black man with a white one for its Polish website.