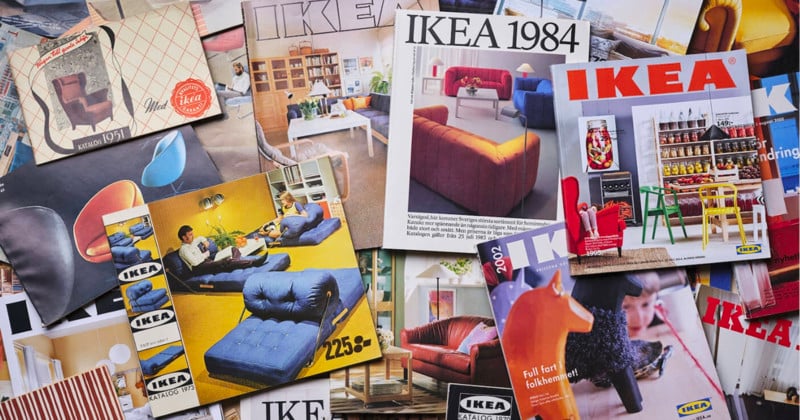 Ikea has announced that it is sunsetting its catalog as part of a continued transition to digital sales. Described by Ikea as “iconic and beloved,” the publication will cease both print and digital publication.

The Ikea Catalog had found itself the center of attention numerous times over the years, from a story on most of the images seen in its pages being computer-generated, to its numerous pop-culture references, to its multiple Photoshop controversies. In August, Ikea even recreated its 2021 catalog using images taken in the popular video game Animal Crossing.

Through the years, the catalog grew in distribution in both digital and physical form. In 1998, Ikea first attempted the online version of its catalog featuring only furniture for businesses and offices due to the challenges they faced putting the entire catalog online. The company would eventually remedy the issues of course, and in 2000 launched both a printed and fully digital version of the catalog. The following year, Ikea launched an e-commerce website in Sweden and Denmark.

Just four years later, the catalog is no more.

“The decision to say goodbye to the Ikea Catalog goes hand-in-hand with the ongoing transformation of Ikea, being more digital and accessible,” the company writes. “A transformation that Ikea is deep into already.”

In the last year, Ikea online retail sales increased 45% worldwide, and Ikea.com saw more than four billion visits. With that much attention to its digital presence, it’s no wonder the company reevaluated the necessity of the catalog.

The photography in the catalog has been, as noted, mostly computer-generated since about 2009. The near-perfect lighting and well-staged scenes are no accident, and the company’s choice to do away with the catalog will likely have little effect on those who do still make images for the brand. The company still needs photos for its growing e-commerce business, and those who have been tasked with digital creation or actual photography will likely find themselves producing images with more focus.

Still, many relied on the Catalog for design ideas. You can see those lamenting the loss of the catalog in Ikea’s Facebook post of the announcement.

For those who still want help visualising spaces and learning how to stage them (which is especially helpful to those in architecture or real-estate photography), decades worth of Ikea’s past catalogs can still be browsed online.

Ikea says it will honor and celebrate the history of the Ikea Catalog via a tribute during the fall of 2021. The company plans to make a book they say is “filled with great home furnishing inspiration and knowledge.”

Editor’s note: A previous version of this article claimed the Ikea Catalog to be the longest running publication of its type. That was incorrect. The Sears Catalog ran from 1888 to 1971. Thanks to Mike H. for pointing this out, and we apologize for this error.

11 Amazing Photos from the Northern Lights Photographer of the Year