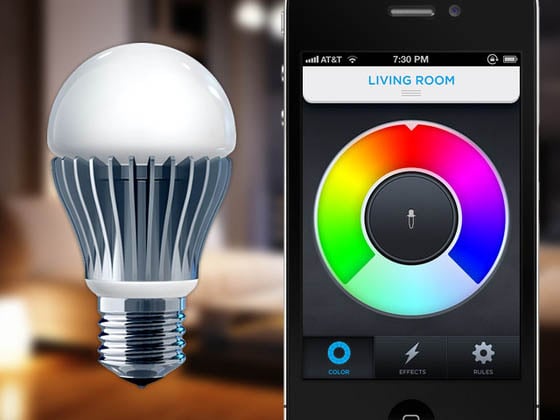 
It sounds crazy, but it’s a light bulb that’s actually being developed. Created by Phil Bosua of San Francisco, the LIFX is a Wi-Fi enabled LED light bulb that can be wirelessly controlled using an iPhone or Android device. While Bosua imagines a plethora of home and commercial applications, it’s the bulb’s photographic potential that we find very exciting.

First of all, check out this introduction video by Bosua that explains the idea:

Basically, it’s an uber-flexible bulb that can be remotely controlled. The photographic applications of this concept are many.

No longer will you need external gels or colored materials to made drastic adjustments to your light’s color. You’ll be able to do precise adjustments with a small swipe of your finger. 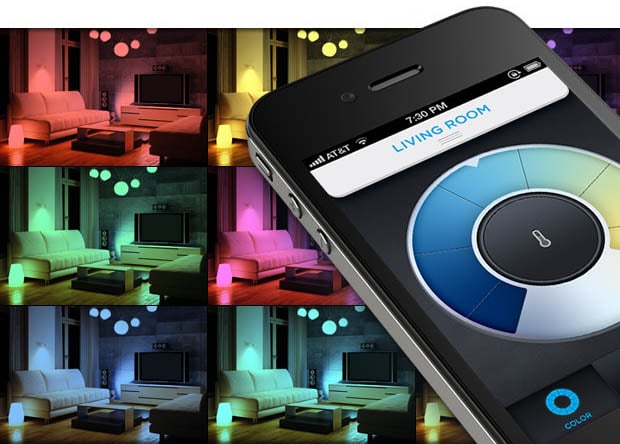 Need your softbox to emit a little more light? Just flick a few virtual switches to turn on some more bulbs within, or turn a few dials to boost their intensities. Designing dedicated photographic lighting systems using the LIFX won’t be too difficult, as the company is developing a software developer kit (SDK) that will let photographers and hackers write their own custom apps (the softbox idea we suggested, for example).

Bosua started a Kickstarter page to take pre-orders and raise funds for manufacturing costs. He originally planned to raise just $100,000, but has already managed to raise over $1.3 million from nearly ten thousand backers — and there’s still nearly two months left in the campaign. Contributing $69 will effectively pre-order you a single LIFX bulb [Update: The first round has actually sold out.]

The general public has obviously bought into this idea of a flexible, remotely-controlled bulb. Lets see if photographers do as well, and whether people take the idea and make it even more relevant to photographic purposes.

Update: Reader Gabriel points out that with the emergence of Android OS in digital cameras, you’ll be able to control your lights using your camera itself!