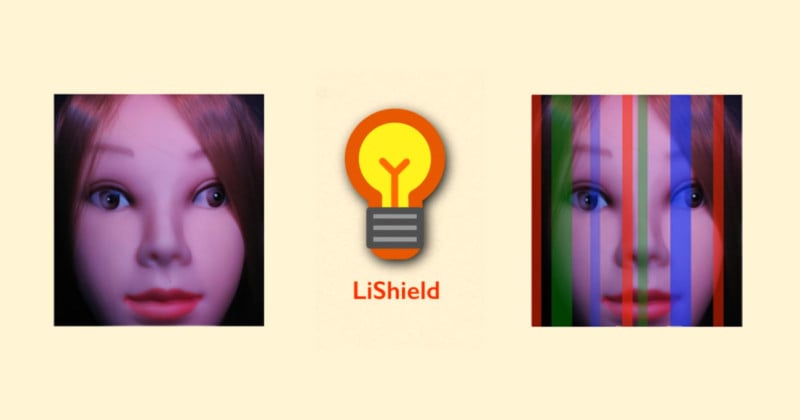 LiShield is a new LED light bulb technology that helps protect privacy by confusing cameras to prevent unauthorized photos. The bulb is the creation of a team of researchers at the University of California, San Diego.

LiShield works on any digital camera that uses a rolling shutter and protects a physical scene from photography by flickering its smart LEDs in specialized waveforms to ruin the look of the captured photos with vertical bars across the frame. It can even create colored bars to further “encrypt” the scene as well as convey other information within the patterning.

It does have a weakness, though: the team says that protecting against cameras with a global shutter is impossible for LiShield.

The ability to randomize the waveform means that it is protected against recovery methods that might work to counteract the effect of the LiShield. On the flip side, “authorized” cameras are still able to shoot images, as the LED will communicate the waveform it is using so that a clean image can be recovered. 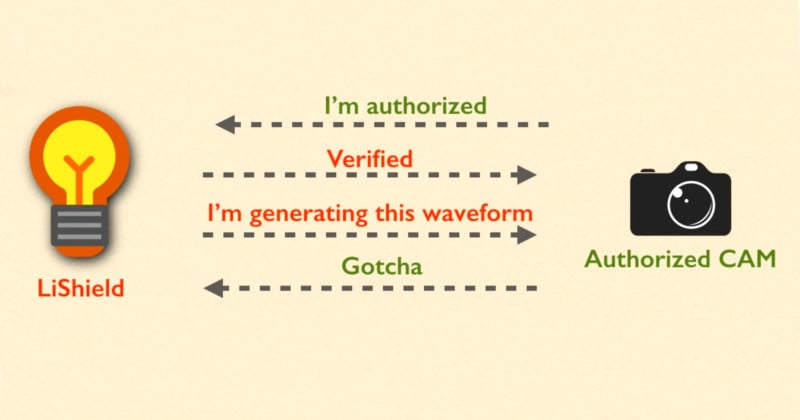 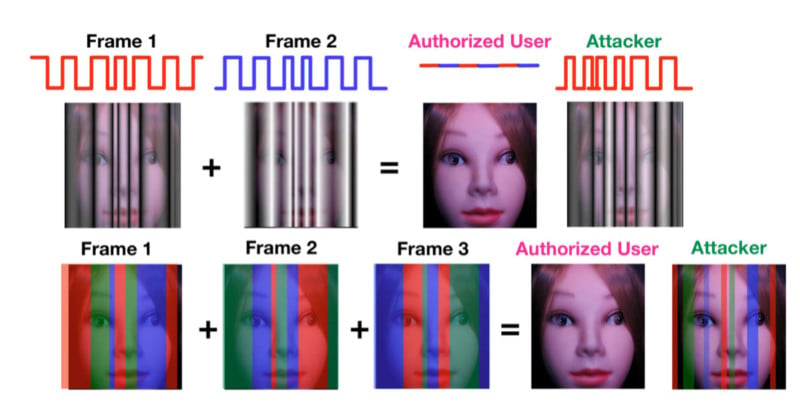 The waveforms create a barcode, something that could be detected automatically and decoded by sites such as YouTube. This would then enable automatic detection of copyrighted materials.

The actual waveform is not visible to the naked eye, and light will appear to be continuous and “normal” when you’re in the room. And even under strong sunlight, the team say that LiShield can still create its barcode in the scene.

This quick (and strange) video introduces LiShield and its technical concepts:

LiShield is not commercially available yet, but the technology has now been proven so perhaps we’ll be seeing it or similar technologies deployed in “no photography” locations in the near future.