San Diego-based photographer Tim Mantoani, the guy who shot giant Polaroid photos of famous photographers holding their works, recently got his hands on Lot #1 of The Impossible Project’s new 8×10 instant film. To test it out, Mantoani busted out his large format camera and 8×10 processor, and then visited a local surf shop to create a multi-shot panorama. 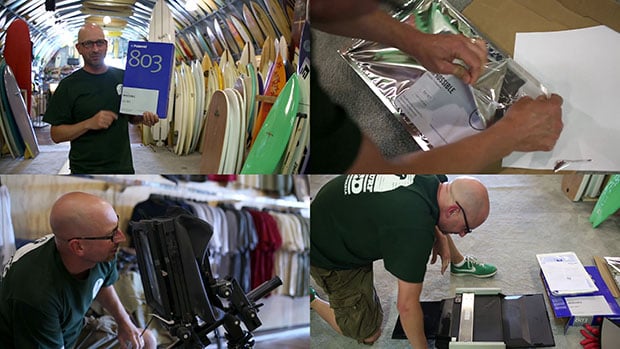 The official page for this new film states,

The PQ 8×10 Silver Shade film is the proud result of our love for large format instant photography. Other than the traditional Polaroid peel apart film, this new 8×10 film is an integral instant film. The basis of this film is our Silver Shade material with a film speed of 640 ASA. One pack contains 10 negatives and 10 positives to be shot in 8×10 cameras using the original Polaroid 8×10 holder and processor.

The film needs to be kept at cold temperatures until they’re needed, and need to be kept in the dark for four minutes after being processed. The layer of “wet developing paste” inside the gigantic piece of film can actually take 3-4 weeks to completely dry, unless you take steps to expedite the process and stabilize the image. 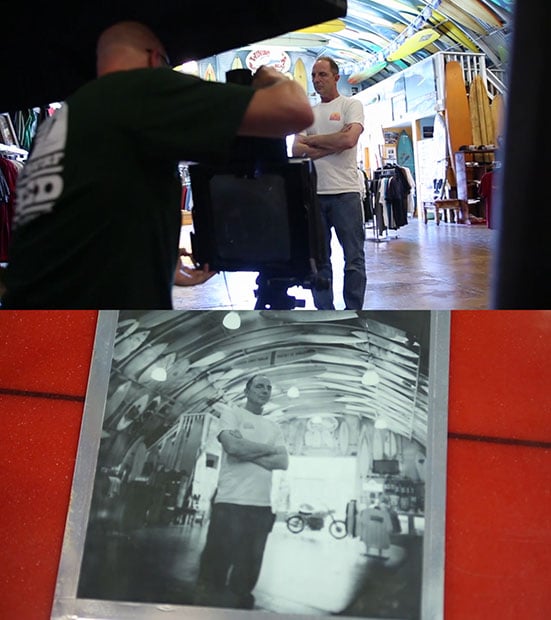 Here’s the panorama that resulted:

260,000 Photos Went Into This Stunning Timelapse of the Pacific Northwest