Fine art and portrait photographer Edouard Janssens — the man behind the 1 to 100 years project we featured some time ago — recently decided that he wanted to begin using large-format instant film to shoot an art series of “eerie” portraits. In order to do this, he had to painstakingly acquired several pieces of expensive gear, and during this search he stumbled on one very special find: a box of 8×10 Polaroid instant film that had expired in October of 1978. 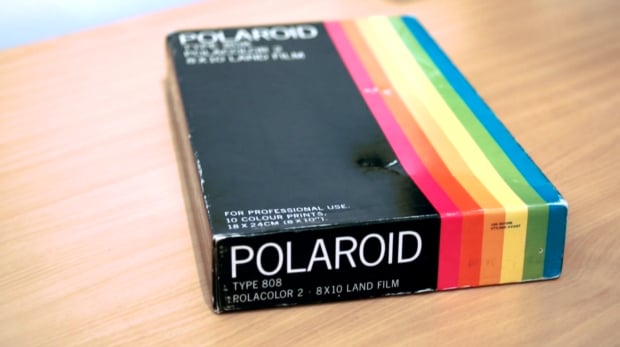 The film was given to him by a store clerk as a “collector’s gift” after purchasing an expensive (and rare) Polaroid Land Processor with which he could process the instant photos he intended to take. And not long after being handed the box, he knew what he wanted to do with it. Why not find someone who was born on the same month the film expired, and photograph them with it?

… it just hit me. Why not try to produce an image out of this way outdated box and base my next photography project on it? … Someone born in October 1978 appeared to me as a logical choice. If it worked it would be the encounter of something considered dead 34 years ago with someone born at that precise time. A wonderful potential encounter.

The above video is the result of that encounter between the 34-year expired film and 34-year-old French-Russian actress Liina Brunelle (born the same month the film expired). Using his recently-acquired Deardorff V8 8×10 mahogany camera and Goerz Dagor Gold Rim 305mm f/6.8 lens, Janssens loaded up the film (without the faintest idea if it would even still work) and snapped away. 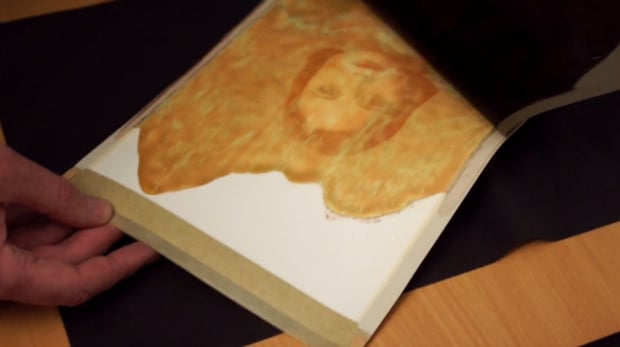 You can get more details on the film, actress and camera — as well as see the full collection of prints he got from the old box of film — over on the project’s website.

The Helsinki Bus Station Theory: Finding Your Own Vision in Photography

Epic Pictures of the Sakurajima Volcano Erupting in Japan