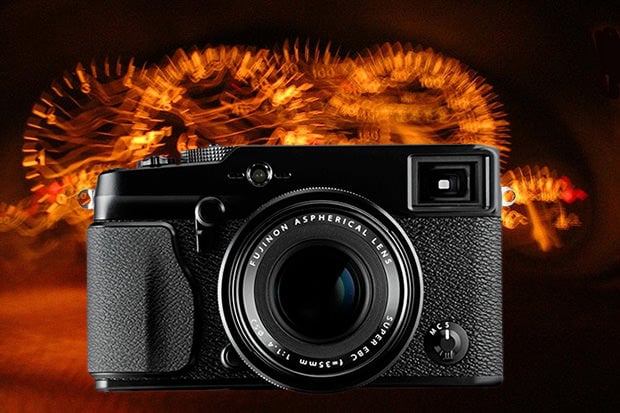 In addition to the new X-E1 announced this morning, Fujifilm has also unveiled its upcoming version 2.0 of its X-Pro1 firmware. Autofocus has been a much-griped-about feature of the X-Pro1 (and the X100, for that matter), and the new firmware addresses that issue by improving the AF capabilities of the camera in different ways.

The three main improvements introduced by the new firmware all have to do with speed: autofocus speed, manual focus speed, and data transfer speed.

Autofocus speed has been improved for low-light situations — situations in which the camera would previously need to spend longer bringing the dimly-lit features of the scene into focus. There’s also a reduced focusing distance, allowing closer picture taking without having to turn on macro mode.

The responsiveness of manual focus has also been improved. When you turn the focus ring, the picture comes into focus much quicker than it did before.

Finally, the maximum write speed to memory cards has been doubled, and the time it takes for photos to appear when you want to play them back is now less than one second. This is aided by the fact that the camera can now playback photos while the memory card is still being written to.

DPReview did a hands on test of the new firmware, and had good things to say about the performance gains:

Both autofocus and manual focus feel much more responsive. Manual focus in particular is greatly improved – the lens aperture stays fully open when trying to manually focus, meaning that depth-of-field is minimized and focus precision is increased. This is a big step forwards from the original behavior that would adjust the aperture uncontrollably. The ‘feel’ of manual focus has also been tweaked so that you don’t find yourself repeatedly turning the focus ring with no obvious change in the focus distance.

To upgrade your X-Pro1, head on over to Fujifilm’s support site to download the firmware once it is released on September 18th.

How It Was Photographed: Emerald Isles