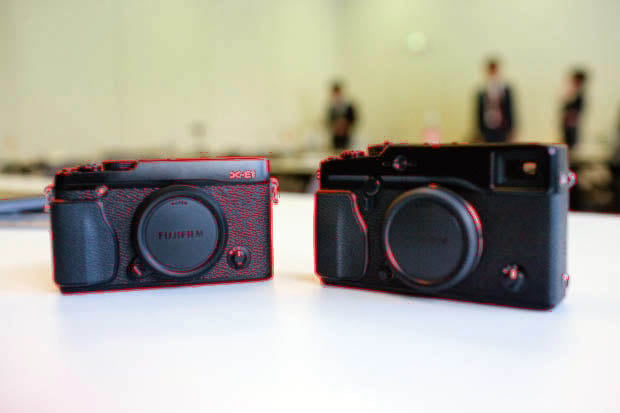 If you’re a owner of a Fujifilm X-Pro1 or X-E1 and have been dying to see focus peaking brought to your camera, today’s your lucky day. Fujifilm has announced a new set of upcoming firmware updates for those two cameras, and focus peaking is front and center as one of the big new features introduced.


There will be two waves of firmware updates. The first one will be version 2.05 for the X-Pro1 and version 1.06 for the X-E1, both of which were released today. Neither of those updates include focus peaking.

The main benefits of today’s update are: compatibility with lens that lack aperture rings and easier focus area selection when shooting with the eye-level viewfinder. Wait until July 23rd, 2013, and focus peaking will be yours. Fujifilm says firmware versions 3.00 for the X-Pro1 and 2.00 for the X-E1 will improve autofocus speeds with existing XF lenses (thanks to a new “updated algorithm”) and bring focus peaking to your camera.

The focus peaking feature will be the same one that was introduced in the Fujifilm X100S and X20 cameras. Here’s a look at what the feature looks like on those cameras:

If you’ve never heard of focus peaking before, it’s a manual focusing assistance feature that lets you accurately focus on scenes by using bright pixels to highlight the parts of the scene that are in focus.