Starting in 2007, Disney and portrait photographer Annie Leibovitz have collaborated on a series of advertisements called the Disney Dream Portrait Series. Each ad features a portrait of one or more celebrities dressed up as famous Disney movie characters. Along with the advertisements, Disney has also been releasing some behind-the-scenes glimpses showing how the photographs came together. The video above shows actress and model Olivia Wilde posing for Leibovitz as the Evil Queen from Snow White.

Also in the photograph is actor Alec Baldwin as the creepy face in the Magic Mirror: 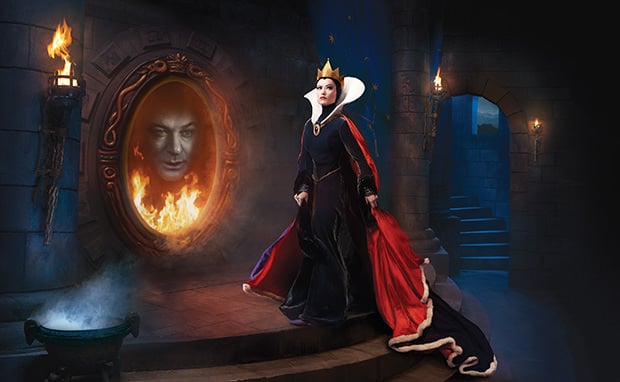 Check out these other behind-the-scenes videos and the resulting advertisements:

Queen Latifah as Ursula from The Little Mermaid 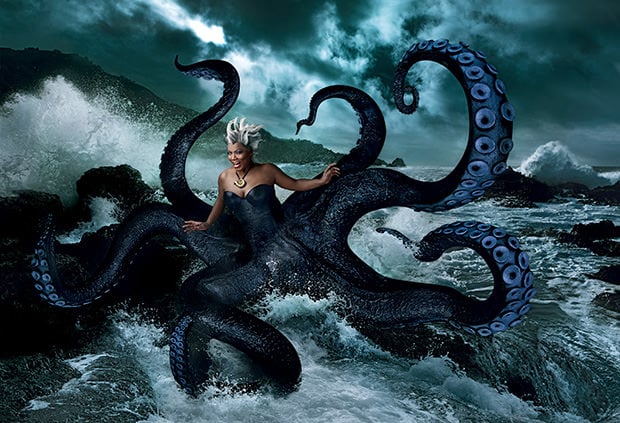 Jack Black, Will Ferrell and Jason Segel as Phineas, Ezra, and Gus from the Haunted Mansion Wikipedia has a full list of the Dream Portrait Series photos that have been shot so far.

The Vital Link Between Emotions and Creativity in Photography