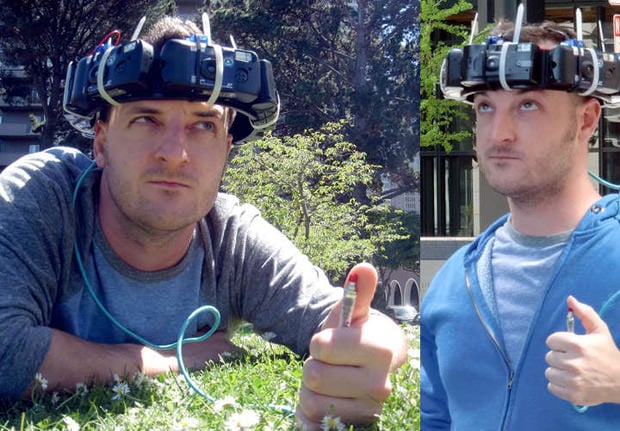 Mike Warren has written up an in-depth tutorial on how you can build a 360° camera hat using 6-8 disposable cameras. The cameras are worn around the head like a crown, and are simultaneously trigger using a single shutter release with the help of servo motors that depress the shutter when triggered. Warren writes,

With the camera array sitting on your head, you’re able to capture a 360° panorama view of your surroundings. This project requires no special electronics knowledge and can be assembled in about an hour.

I designed this camera array off something I saw on the “Radar Detector” music video by Darwin Deez. But, after making the camera hat, everyone kept asking if it was a low-fi version of Google Street View. It’s more the former than the latter, but people can draw their own interpretations. 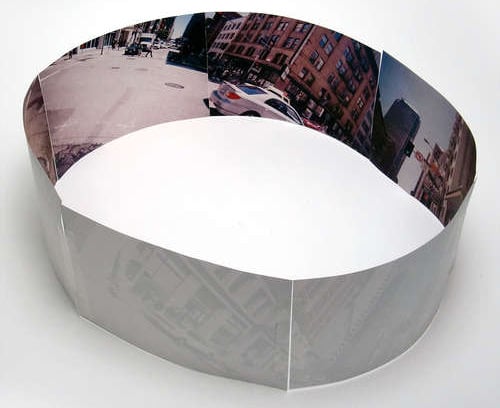