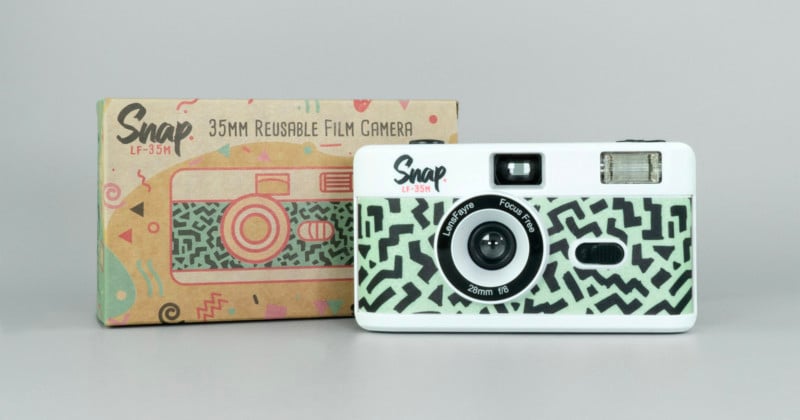 LensFayre, a small online film camera store, has launched what it describes as an entry-level film camera that has all the hallmarks of popular disposable cameras, but is sustainably focused and made of reusable materials.

The new camera is called the Snap LF-35M, and LensFayre’s co-owner Alecia Barnes tells PetaPixel that it is an affordable alternative to disposable cameras that is designed with a focus on sustainability.

“The Snap is designed to help make film photography more approachable and less intimidating to the new generation of film photographers, who have little to no experience,” the company says. “We have found that the majority of beginners are looking for an affordable and easy-to-use everyday camera that is more sustainable than wasteful single-use cameras.” 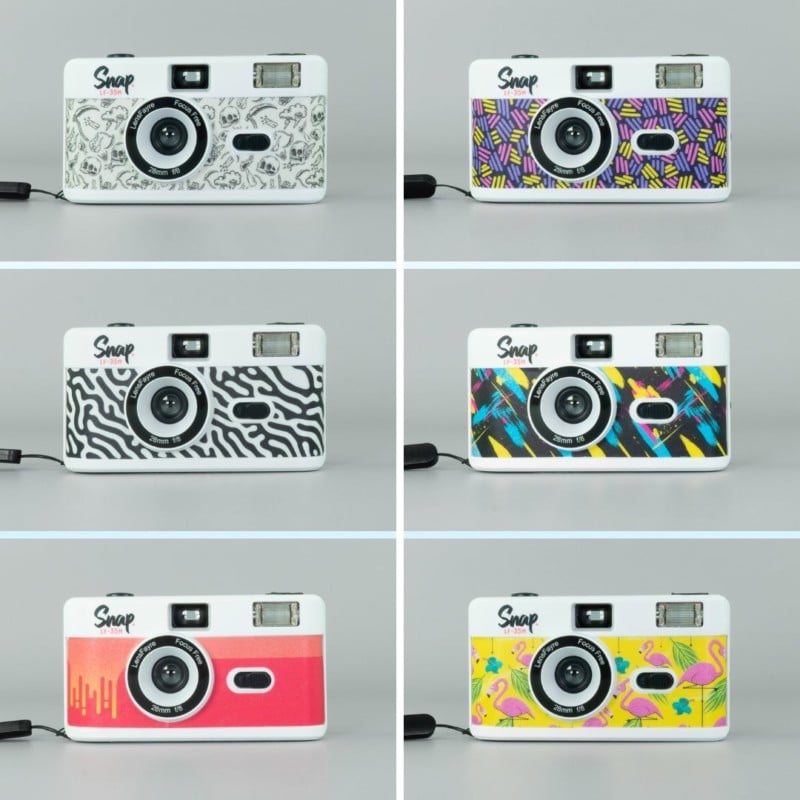 The camera itself is simple and is designed to mimic the look and feel of disposables that are popular right now because of their affordability and approachable nature, not to mention the vintage “look” that they capture. LensFayre wanted to recreate that in a package that could be reused and customized, and to that effort is releasing the camera with a set of stickers that can be used to make the camera somewhat unique to the user. The camera is launching with a set of ten stickers with 80s and 90s designs, and the company plans to release more sticker collections periodically. Customers can, of course, customize them with whatever they like as well. 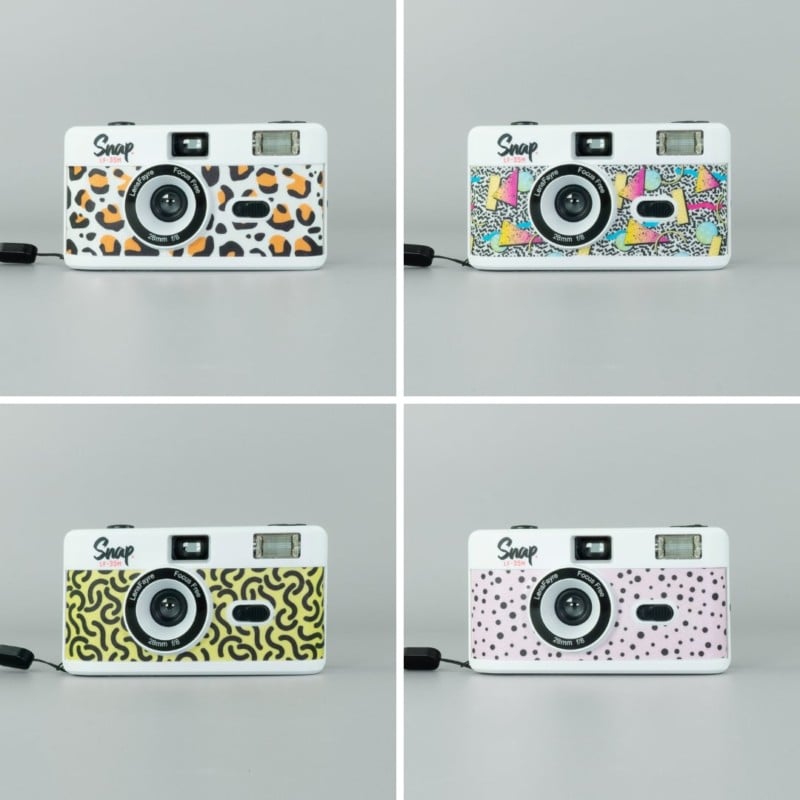 The Snap features a 28mm f/8, single-element lens, focus-free operation from 1.2-meters to infinity, a fixed shutter speed of 1/120 of a second, and a classic manual wind and rewind function. It has a built-in flash with a one to three meter range and is powered by a single AA battery.

The result is a camera that makes photos with all the hallmarks of a popular disposable, but without the drawbacks related to waste. Below are a few sample images captured with the camera using a mix of films, from Kodak Ultramax 400 to Portra 400: 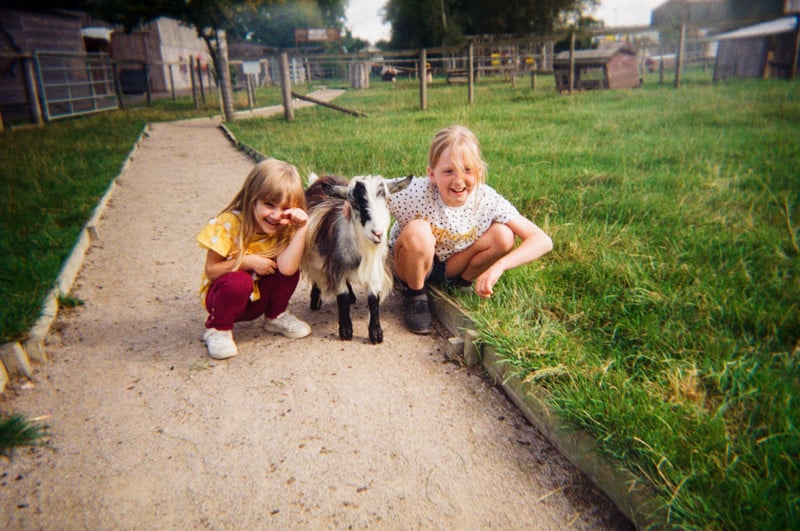 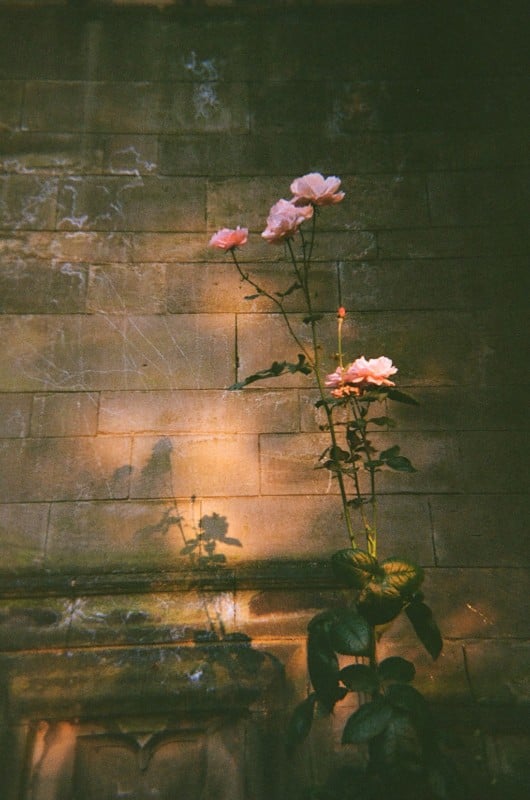 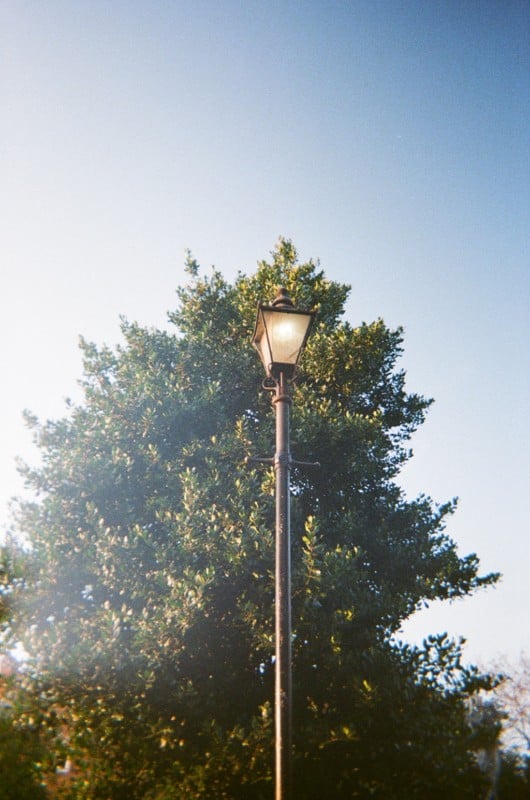 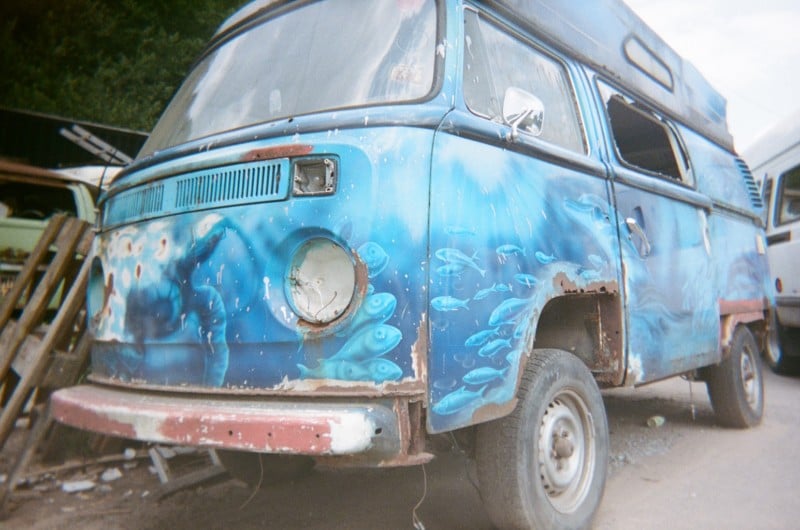 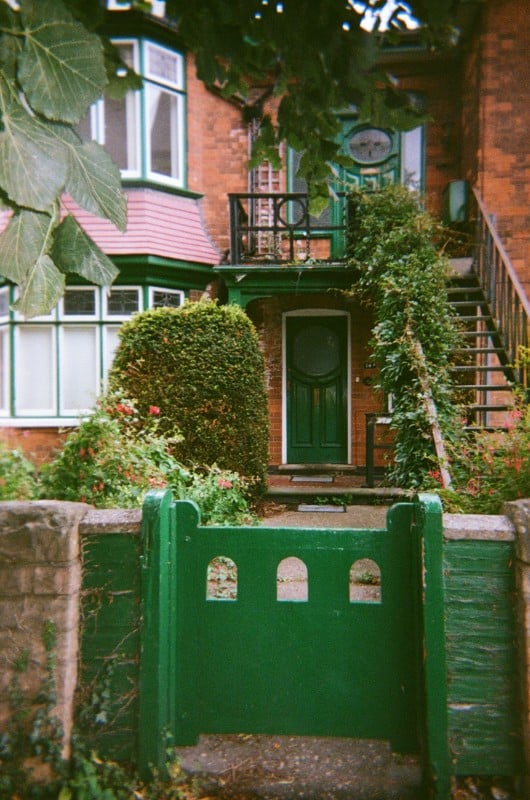 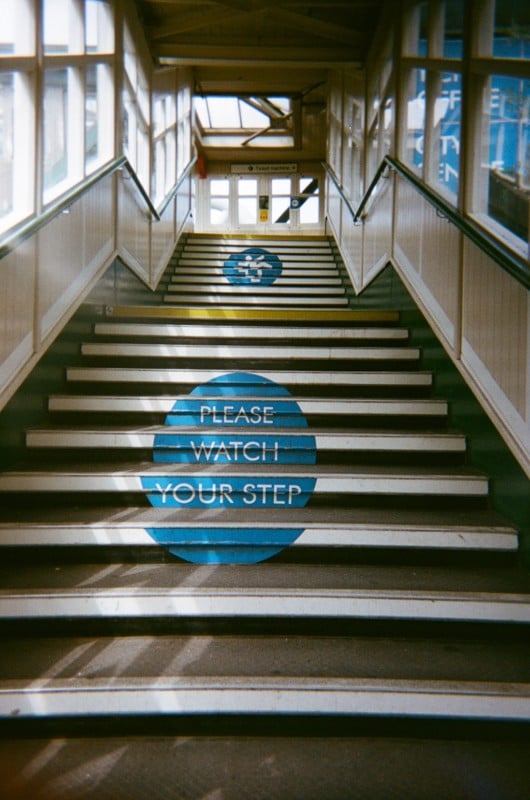 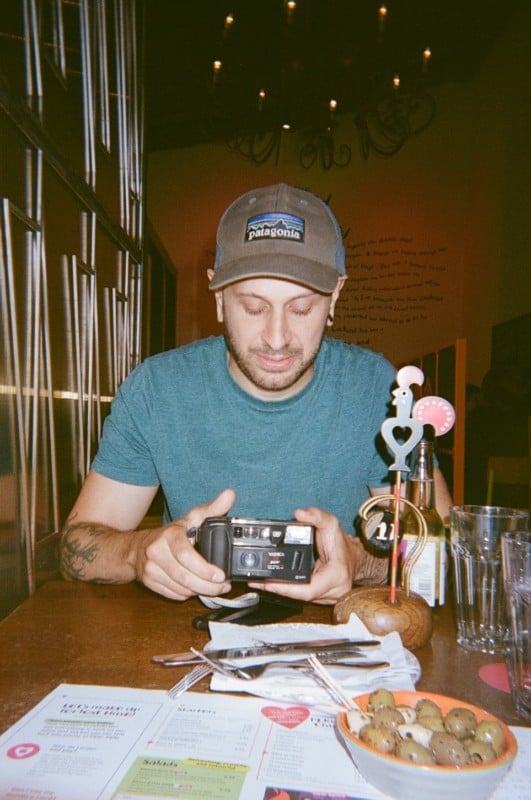 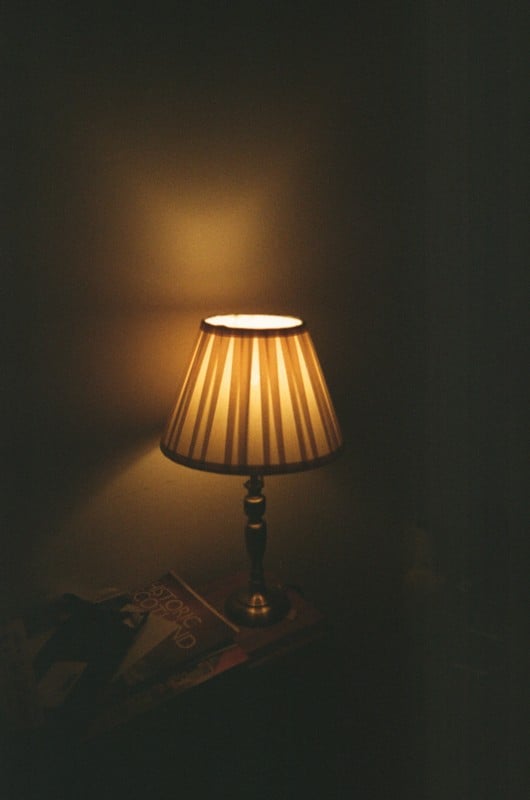 While the camera is fully reusable, it is also recyclable should it need to be disposed of. The camera body is ABS plastic (Acrylonitrile Butadiene Styrene), which the company says is a thermoplastic that can easily be melted and remolded into a solid again. LensFayre says that this basically means that ABS is an ideal candidate for recycling and is often used for manufacturing common household objects and children’s toys. As an added benefit, the company says that ABS is a food-grade plastic with no known toxins.

All of the packaging of the camera is either recyclable or suitable for home composting as well, including the stickers which are made from a durable vinyl-like material that the company says is 100% compostable. LensFayre is also a partner of the Tree Nation reforestation program, a non-profit currently running 100 reforestation and conservation projects around the world. LensFayre will plant one tree for each Snap camera it manufactures and will donate a portion of each sale to wars supporting reforestation efforts.

The Snap LF-35M is available for about $50 and ships with a wrist strap and two custom stickers. Orders will begin shipping on November 17.

Equipment, News
disposable, disposablecamera, environmentallyfriendly, film, filmcamera, fixedlens, reusable, sustainable
Related Articles
Discussion
Trending Articles
Mars Curiosity Rover Snaps Photo of ‘Doorway’ on Mars
May 16, 2022
Crocodile Dad Gives Over 100 Babies a Ride on His Back
May 15, 2022
Navy Fighter Jet Seen with ‘Shockwave Lines’ as It Nears Speed of Sound
May 16, 2022
The Science Behind Why Watches are Set to 10:10 in Advertising Photos
May 17, 2022
Astronaut Captures Lunar Eclipse from the International Space Station
May 17, 2022