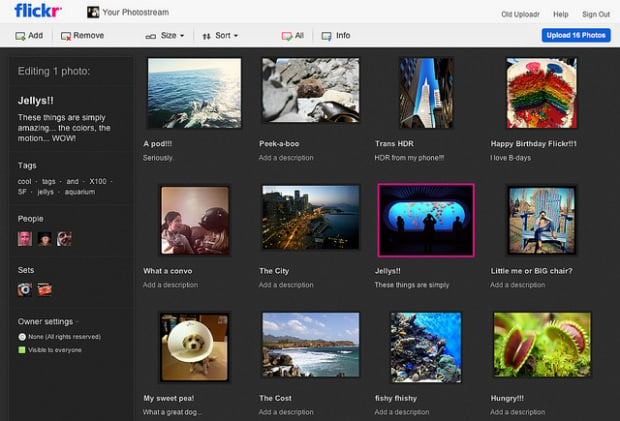 Since late last year the photo sharing site 500px — which even then was “growing like a weed” — has continued to expand, grow, add features, and otherwise challenge Flickr for online photography dominance. But Flickr hasn’t taken it lying down. In the past this involved a redesign to make the site more visually appealing and the addition of the Aviary photo editor. Now the improvements are beginning to improve functionality.

Most recently the sharing site has improved both its uploader and the maximum file size free and premium users are allowed to upload.

The uploader, which used to be flash-based, has moved to HTML5, making it both quicker and less CPU intensive while integrating drag and drop functionality at the same time. You can also rotate, tag, and reorder photos within the uploader itself; and the new system will pull metadata from programs like iPhoto automatically. 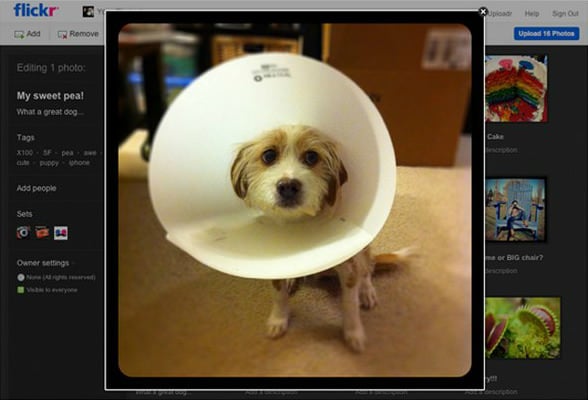 The maximum upload-able file size has also improved, increasing from 15MB to 30MB for free users and 20MB to 50MB for Pro subscribers; a welcome change as megapixel counts and, subsequently, file sizes continue to increase.

Many see the improvements as part of an obvious back-and-forth between 500px and Flickr that has been going on for several months now; but whatever the reason, better features and improved functionality seem to be the result. So you won’t hear us complaining.

How Large Format Cameras Are Made