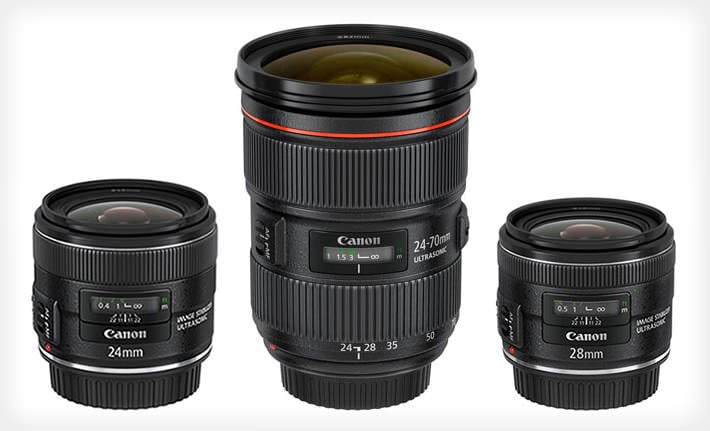 After images started leaking last night, Canon today officially announced three new lenses for the EF lineup: the 24-70mm f/2.8L II, 24mm f/2.8 IS, and 28mm f/2.8 IS. Compared to the first version, the new 24-70mm weighs 100 grams less (it’s 850g), costs $1,000 more, still doesn’t offer IS, uses 82mm filters (instead of 77mm), extends at the telephoto end (instead of the wide end like the previous version), features a zoom lock, and connects with the hood at the extension. As we noted yesterday, the 24mm and 28mm are the first non-L series EF prime lenses — and the first wide angle ones — to have image stabilization built in. The IS provides four stops of stabilization.

Gutsy Photographer Captures His Own Feet Dangling Off High Ledges