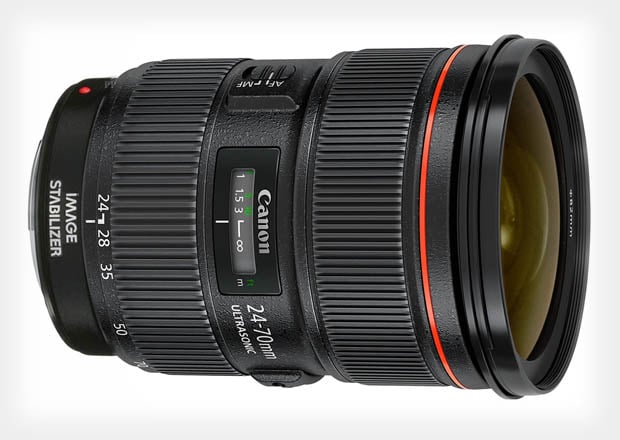 When Canon unveiled the followup lens to its popular Canon 24-70mm f/2.8 L back in February, many photographers found it strange that the lens eschewed Image Stabilization even while two wide-angle prime lenses announced at the same time had IS. After all, a $2,300 lens that extends to 70mm on the telephoto end seems like it would benefit more from stabilization than 24mm and 28mm lenses. If you’ve been yearning for a “Brick” (as the 24-70mm used to be called) with IS, here’s some good news: the lens reportedly exists, and may already be floating around in the wild for initial tests.

I have received two separate communications in regards to an EF 24-70 f/2.8L IS being in the wild in prototype form. We knew this prototype has existed for quite some time, however we figured the concept was dead with the release of the EF 24-70 f/2.8L II. Canon would bring this lens to market alongside the non-IS version. Canon already does this with the 70-200 f/2.8s & 70-200 f/4s, so it’s possible they bring it to the standard zooms as well.

If Canon did decide to follow the 70-200mm pattern of releasing IS versions alongside non-IS versions, we can expect the 24-70mm f/2.8 II IS to be heftier in both weight and price tag compared to its more shake-prone sibling.