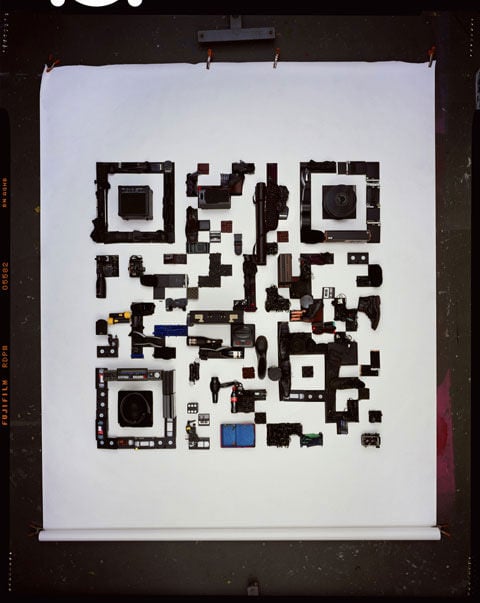 QR codes have become an extremely popular way of linking to digital things from the physical world, and more and more businesses are displaying them in order to direct customers to their websites. Photographer David Sykes (whom we previously featured here) decided to take advantage of the craze to promote his new website and blog. Instead of an ordinary QR code, however, he decided to create an 8-foot square model of the code using things such as boots, calculators, briefcases, boomboxes, and champagne bottles. He then photographed the code on film and mailed out limited edition prints. 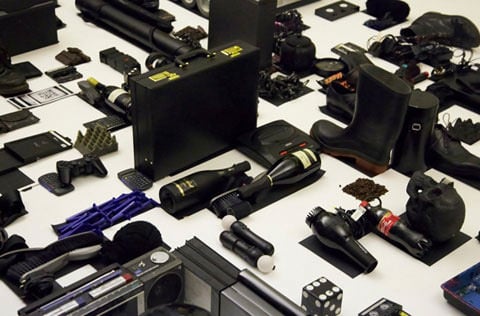 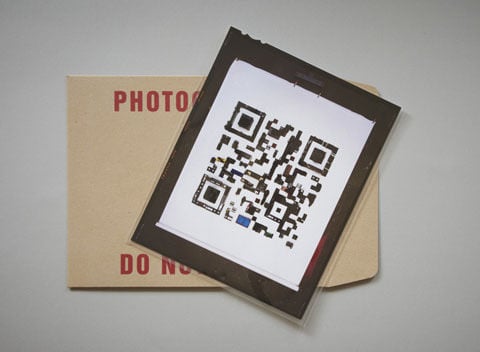 I wanted to play with the juxtaposition of a physical object linking directly to the digital, so I decided to build a 3D model of the code and create the image in one shot. This is in line with the way I like to work, I try to shoot as many things ‘in camera’ as I can. This meant scaling up and then building the 8 foot square model of the code. To create another link to my previous work I used objects from around the studio to build up the shot. Over three days, I worked with the stylist, Carrie Louise, to source the props, plan out and construct the QR city.

To further demonstrate the ‘in camera’ feel of the code I shot on film. To give the mail-out the sense of being a sheet of 10 x 8 film I retained the full frame of the shot, including studio in the background and rebates. I even presented it in the same bags you would get the film back from the lab in.

If you received an 8×10 print of a mysterious QR code, wouldn’t you scan it to find out what it pointed to?

Will It Blend? Clever Advertisement for the Polaroid Z340