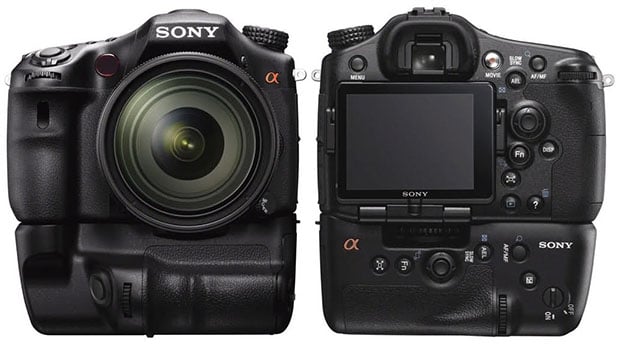 Here’s a couple images of Sony’s upcoming A77 translucent mirror camera (with a battery grip attached), which is expected to be announced in late August. It’s rumored to have a 24-megapixel sensor, HD-video recording, and a $1,000 price tag. It’s unknown whether or not it packs the crazy double translucent lens hybrid viewfinder that was talked about late last year.