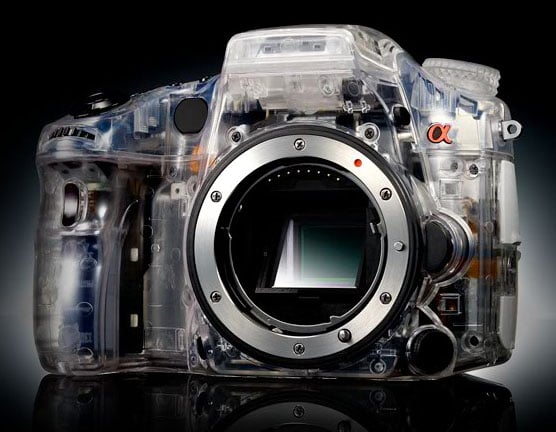 At CP+ Camera and Photo Imaging Show that just kicked off today in Japan, Sony is showing off a see-through prototype of an upcoming translucent mirror A77 camera. It will replace the A700 DSLR as a mid-range to high-end shooter, will shoot AVCHD video at 1080p with a APS-C sensor, and will be available sometime in the middle of this year. Not much else is known about the camera at this point. Looks like the whole translucent mirror thing is working well for Sony.

P.S. Just a thought — if they just released the A77 with the prototype’s aesthetics, they could just call the thing a “translucent camera” instead of a “translucent mirror camera”.